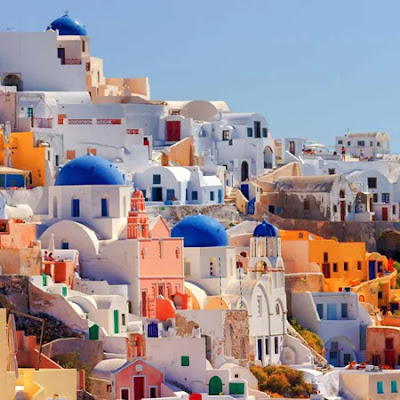 In efforts to develop a bilateral cooperation in tourism, representatives of nine Greek and 30 Russian regions recently gathered in Moscow to present their countries’ tourism offerings, as part of the Greece – Russia Year of Tourism 2017-2018.

During a tourism forum titled, So Different Greece, Greek and Russian officials discussed ways of increasing tourism flows between the two countries.

The forum is providing us with a significant opportunity to get to know each other, learn more on our abilities and dynamics and to see how we can cooperate, said Angeliki Chondromatidou, vice president of the Greek National Tourism Organization (GNTO).

Moreover, Thessaly governor and president of the Union of Greek Regions ENPE Kostas Agorastos referred to the potential of promoting tourism exchanges between the two countries and spoke of the region’s advantages as a four-season destination.

We can further strengthen our ties and find new ways, new fields to better develop our relations and discuss on new activities, collaborations and business ideas, which could take us on a higher level, Agorastos said.

Vice governor of tourism for the Region of South Aegean Marietta Papavasileiou also presented the thematic tourism products offered by destinations in the Aegean, including pilgrimage tourism, gastronomy tourism, cultural and sports tourism.

There is a lot more to discover in the Dodecanese and the Cyclades than just their remarkable locations and stunning beaches. A wide range of experiences awaits our guests, Papavasileiou said.

Through the meetings Thanos aimed to promote the tourism product of Central Macedonia and specifically the special forms of travel offered such as hiking, pilgrimage tourism, archaeological tourism, culinary tourism, cultural tourism and spa tourism.

The Greece-Russia Year of Tourism 2017-2018 was inaugurated in September 2017 and this year will include dozens of events, happenings and activities scheduled to take place in Greece and Russia.