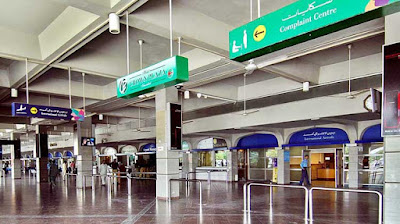 The airlines are expected to get permission to carry out the flight operation in the country's skies during the next one year, which is likely to bring down passenger fares.

Airlines including Askari Air, Air Siyal, Go Green, Liberty Air and Afeef Zara Airways have applied for the license to be a part of the aviation industry which is expected to be around 9 percent per annum and likely to keep the same pace till 2020, according to a forecast of the International Air Transport Association, a trade body of world's airlines.

Pakistan's air traffic has soared up to 40 percent over the past five years to 20 million passengers, and is continuously witnessing an upward trend due to improvement of law and order situation in the country, which is bringing in more tourists in the country.

The China-Pakistan Economic Corridor (CPEC) has also resulted in the increase of air traffic in the country.

Most of the upcoming carriers will target low-profit, far-off destinations including Gwadar, Turbat, Panjgur, Khuzdar, Dalbandin, Zhob, in Balochistan province where CPEC projects are in full swing, and the tourist destinations of Rawalakot, Skardu, Chitral, Gilgit, Bannu and Parachinar.

The destinations could generate immediate profits because of their tourism potential and work on CPEC projects.

For these remote regions, the new carriers will bring airplanes suitable for small airports.

The entry of new airlines in the country's airspace is expected to further increase challenges of the country's national flag carrier Pakistan International Airlines, which was the sole operator in most of these routes in the past.

Meanwhile, authorities at Pakistan's Islamabad International Airport arrested a Canadian national for attempting to smuggle drugs outside the country on Monday.

Officials of Pakistan's Customs said the suspected Canadian smuggler, identified as Brain, was transporting heroin and ice outside the country.

Customs officials said the ice was carefully concealed inside shoes.

The suspect was heading to Sharjah, United Arab Emirates, on a private airlines' flight, said the officials, adding that a case has been registered against him and investigations are now under way.

The seized contraband has a value of 15 million rupees (some 13,640 U.S. dollars), claimed officials.

Earlier this month, a 21-year-old Czech Republic national woman was arrested at Pakistan's eastern Lahore airport for smuggling nine kilograms of heroin out of the country.

Pakistan Customs officials apprehended the woman in the airport when she was trying to smuggle the drugs from Lahore to United Arab Emirates.

Nice blog thanks for posting such an informative blog I like your blog as informative as interesting. keep on posting.
Rent A Car Islamabad without Driver