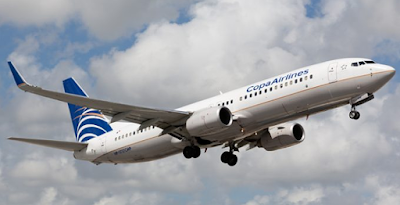 Suriname is not getting left behind after neighbouring Guyana soon opens an expanded and modern airport.

The Suriname government is actively looking to attract legacy carriers like Avianca and COPA after it recently announced the construction and modernization of a new arrival terminal and other upgrades for passenger comfort.

Legacy Star Alliance member, COPA airlines, with a vast network connecting every city in Latin America and the Caribbean to its Panama hub, is looking to commence service to the Johan Pengel International Airport (JAP), Paramaribo.

Suriname is the only independent country in South America that the airline’s network doesn’t reach. This will change, according to reliable sources.

Suriname is isolated and lacks air connectivity to major capitals in the region. COPA airlines has put in writing its interest in serving the Suriname market and is expected to announce air operations to Suriname before the end of 2018.

The airline had met since 2015 with government, aviation and Surinam Airways (SLM) officials, but there was no agreement.

COPA officials assessed the local infrastructure, including the facilities at the Johan Pengel International Airport (JAP).

The airline wanted an incentive package, and now the airline is again in Suriname and seriously looking at the market. 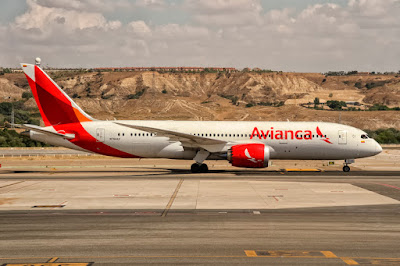 They also met with SLM. The Colombian airline is also looking to land at the Cheddi Jagan Airport, Guyana.

Through its Star Alliance partnership, Avianca will link Georgetown and Paramaribo to its vast destinations in North America, Europe, Africa, and Asia.

The Bogota hub is well connected with the world and, for countries like Guyana and Suriname with very poor air connectivity.

An Inter-American Development Bank (IDB) report in 2015 recommended that the Guyanas be connected to Panama City and Bogota.

Ethiopian, Emirates and Turkish Airlines are also looking to add Bogota to their networks.

The IDB report concluded that Suriname’s air agreement with Colombia is the most restrictive and one that protects Avianca, the Colombian carrier.

Flights out of Suriname are allowed only to land in Barranquilla and Cali, and can be routed via Port-of-Spain or Georgetown.

Hence, a lot of these issues have to be fleshed out before Avianca Airlines commences service to Paramaribo.

SLM is looking to cooperate with other airlines and in particular Avianca and Copa, but they must also benefit from any arrangement.

Meanwhile, it is alleged that SLM has a code-share agreement with Avianca, but to date, the two companies have yet to operate a single flight with their joint codes.

Perhaps a code-share agreement does exist but in name only.