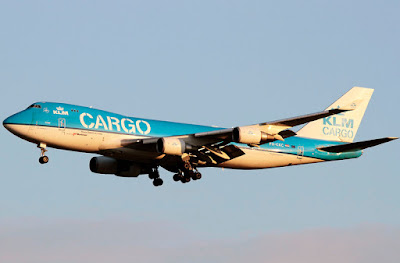 The entire board of the Air France KLM airline combine are gathered in Amstelveen on Monday and Tuesday to discuss the naming of a new CEO.

There is so much opposition to the naming of Philippe Capron as CEO that the group is now considering naming separate CEOs for the holding company and Air France itself.

The situation within the combine is explosive. Capron’s name emerged last week as a possible new CEO for the group.

But both KLM and Delta Airlines, another shareholder and partner of Air France KLM, object on the grounds that Capron had no experience in the aviation industry nor in the role of CEO.

Like his predecessors at Air France KLM, Capron has a privileged relationship with the French government and is a graduate of the prestigious École nationale d’administration, the FD said.

Air France KLM is seeking a replacement for Jean-Marc Janaillac, who quit in May over lack of support for a new pay and conditions pact.

He was also largely blamed for the many days lost to strikes which cost the combine some €400m so far this year.

Meanwhile, Accor is pressing ahead with plans to buy a stake in state-backed airline Air France-KLM, approaching European investors to ask them to team up with the French hotelier, said three people familiar with the situation.

The search for regional partners is in part to address any concerns that Accor could breach EU aviation regulations, which demand that European airlines must have at least 50 per cent of their capital owned by European investors in order to secure their right to fly.

At least a quarter of Accor’s capital is owned by non-European investors, which could prove to be an issue in buying a stake in the French airline, said one person with knowledge of the situation.

European investors could ease any concerns about the extent of overseas ownership of the stake.

Accor earlier this month confirmed it was looking at buying the French state’s 14 per cent stake in Air France-KLM, which is valued at about €430m.

While some Accor investors have said they see an industrial logic to a potential tie-up between Accor and the airline, with the potential for working together in areas such as loyalty programmes, data and technology, some have questioned why Accor needs to spend €430m on a stake to do this.

By teaming up with other investors, Accor could help alleviate these concerns, said a person familiar with the deal.

Accor’s move comes during a turbulent period for the French-Dutch airline which is trying to find a new chief executive to replace Jean-Marc Janaillac, who quit in May after putting his job on the line in an effort to end strikes over pay.

The board of Air-France KLM was meeting in Amsterdam on Tuesday and Wednesday to discuss the chief executive search and the company’s strategy.

Philippe Capron, chief financial officer at French water and waste company Veolia, has been mooted as a favourite for the role among the nomination committee, which is led by Air France-KLM interim chief executive Anne-Marie Couderc.

According to people familiar with the matter, KLM and shareholders Delta and China Eastern Airlines, which each hold 8 per cent of the group, have expressed concern with Mr Capron’s appointment, partly because of his lack of aviation experience.

French finance minister Bruno Le Maire on Sunday suggested the race is still open: Capron is one of the possible candidates but he is not the only one. It takes experience.

The French government, whose 14 per cent stake in the company comes with voting rights of 23 per cent, has said it would like to see a new chief executive of the airline installed before making any decisions on changes to its ownership.

However, that uncertainty could in turn make the hunt for a new chief executive more difficult because candidates already facing a battle with unions may be reluctant to commit before they have visibility on any changes in the group’s shareholder structure.

Chinese tourism company Jinjiang International Company Limited owns about 12.32 per cent of Accor. The Qatar Investment Authority has 10.17 per cent, and 5.69 per cent is held by the Kingdom Holding Company of Saudi Arabia, according to Accor’s shareholder register at December 31.

France’s transport minister on Thursday said it was important that Air France-KLM’s new CEO be a specialist of air transport.

Minister Elisabeth Borne also said that it would be good to appoint the new CEO in July.

French media have reported that KLM, the Dutch airline part of the group, and Delta Airlines - which has an 8.8 percent stake - had expressed opposition toward possible plans to name Veolia chief financial officer Philippe Capron as new Air France KLM CEO over his lack of experience in the sector.

Without getting into more details Borne said Capron was one of the candidates, Air France-KLM is facing global competition and I think it is important that we find someone who is a specialist of the aviation sector and can quickly take leadership in the company, which faces important challenges.

Air France-KLM said on Wednesday that its search for a new chief executive was continuing, adding it hoped to reach a decision “as quickly as possible”.