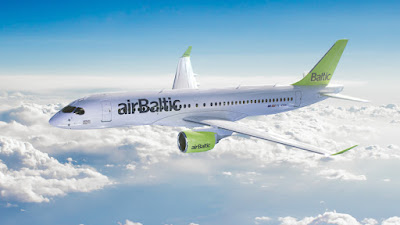 Over the course of 2018, the airline already launched flights to Almaty, Gdansk, Kaliningrad, Lisbon, Malaga and Sochi/Adler.

We are delighted to add the seventh new destination from Riga to our summer route map of 2018, said Wolfgang Reuss, airBaltic’s SVP of Network Management.

Reuss later added that the Croatian city is not only attractive by itself, but with its position in Central Dalmatia it is also an ideal vantage point for journeys to Croatian islands including Hvar or Brac, he said.

May 21, 2018, the inaugural flight was operated with one of the airline’s CSeries planes.

Though regular services are scheduled to be managed on that aircraft type, airBaltic will deploy as well its Boeing 737-300s and 737-500s kinds.

The new 2-hour 40-minute service between Riga International Airport (RIX) and Split Airport (SPU) will be flown twice per week, on Mondays and Fridays, and currently, it has no direct competition.