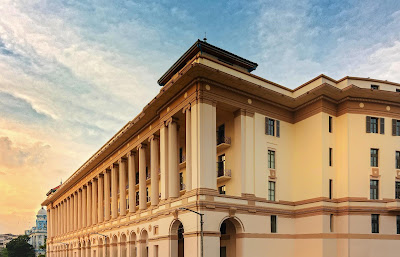 Rosewood Yangon
Three luxury heritage hotels will open in Yangon in the next two years, but with the Rohingya crisis turning Western tourists off Myanmar, they must rely on travellers like the Chinese, who are visiting in ever greater droves

In December, or thereabouts, the stunning Rosewood Yangon, a makeover of the New Law Courts building on Strand Road, completed in 1931 – will open, adding 166 rooms to the luxury heritage hotel market in Myanmar’s former capital.

The property will be managed by Rosewood Hotels & Resorts, owned by Hong Kong-based New World Development.

In 2020, the Peninsula Yangon Hotel, a challenging renovation now under way of the former headquarters of the Burma Railways Company, is scheduled to open on Bogyoke Aung San Road, in the middle of Yangon’s Central Business District.

The hotel will be run by a joint venture between the The Hongkong & Shanghai Hotels and Myanmar’s Yoma Group.

The Excelsior, Rosewood and Peninsula are all on sites dating back to the British colonial era in Myanmar (1886 to 1948), then called Burma.

Yangon already boasts three heritage hotels – the iconic Strand Hotel founded in 1901 by two of the Armenian Sarkies brothers, who also started the Raffles Hotel in Singapore, the Belmond Governor’s Residence and the Savoy Hotel.

Yangon, thanks to Myanmar’s unique modern history of colonial rule followed by five decades of relative economic isolation (1962 to 2012), is a treasure trove of architectural relics.

There are at least 189 public buildings listed as heritage sites by the Yangon City Development Committee, which are gradually being leased out to the private sector to be refurbished as hotels, office blocks, restaurants and retail outlets.

The tenants of such properties are contractually obliged to work closely with the committee and the Yangon Heritage Trust to preserve the authenticity of the buildings. This can be an expensive proposition.

We’ve done everything on the building, including X-raying the whole structure, says Stephen Purvis, general manager of Meeyahta Development, the Yoma subsidiary that is handling the makeover of the 88-room Peninsula Yangon.

The renovation has been an engineering challenge, Purvis says. This building, the top is made of brick and the bottom half is made of laterite, which is much softer than sandstone.

The contractor has had to build a new frame inside the laterite base to support the old frame, and preserve the original structure. It’s costing an absolute arm and a leg, he adds.

Renovating heritage sites in Yangon requires patience, money and perhaps a measure of love for Myanmar.

I first came to Yangon in 1999 and fell in love with the country. I like its authenticity, says Supalak Foong, director of Thailand-based Kanok Furniture and Decoration, a majority partner in the Thai-Myanmar joint venture renovating the Rosewood Yangon.

Kanok, the leading furniture and fittings supplier for the hotel industry in Thailand, had been doing business in Myanmar for more than a decade before deciding to invest in its first hotel project in 2014.

For me this project is not business. It is more like a dream that I have to make business sense out of, Supalak says.

The Rosewood Yangon is a massive five-storey construction taking up almost an entire block on Strand Road, its facade consisting of 22 marble Ionic columns.

The structure is unique, architecturally, because the building has two courtyards, giving it a figure-of-eight-like interior layout.

There will be a giant, raised ballroom, among other special features.

The Excelsior and Rosewood are entering the market with Myanmar’s tourism sector experiencing difficulties, thanks to the military’s brutal crackdown on Rohingya Muslim communities in Rakhine State in August last year.

The crackdown sparked a human exodus of 700,000 refugees across the border into Bangladesh, reviving the country’s pariah status in the realm of human rights.

Widespread coverage of the atrocities committed by the military had only a moderate impact on last year’s tourism arrivals, but is starting to be felt more severely this year, especially among Western tourists.

Government figures show tourist arrivals in Myanmar dropped year-on-year by 1 per cent in the first four months of 2018, but at Yangon International Airport there was a drop of 30 per cent from traditional Western markets, Europe, the US and Oceania.

Arrivals from Asia rose an average 10 per cent during the same period, with visitors from China jumping 31 per cent and from Thailand up 17 per cent.

In light of the decline in Western traffic, Yangon hoteliers are turning to the East this year.

The market is challenging as we have had a drop in arrivals and a growth in inventory, says Suki Singh, general manager of the Strand Hotel.

The core market for the Strand is Europe, North America and Oceania, but now we are also expanding into Asia.

For decades, The Strand could ask almost whatever it wanted for its 31 rooms and usually get it. But with greater competition in the luxury segment and the slowdown in Western arrivals, hotel rates have fallen 20 to 30 per cent this year, and even the Strand is starting to show some flexibility.

The Strand has started to be easier to work with,” says Phyoe Wai Yar Zar, managing director of Diethelm Travel Myanmar, a travel agency specialising in the European market.

Previously we would have to give a deposit for the confirmation of a booking, but now they have dropped that requirement.

The Strand, the Belmond Governor’s Residence (49 rooms) and The Savoy (30 rooms) have long monopolised the heritage hotel market in Yangon, but will face stiff competition when the Excelsior and Rosewood open. This is a welcome development for travel agencies such as Diethelm.

Our business at Diethelm is mainly based on telling stories, Phyoe Wai Yar Zar says. If a building has a story, it is easier for us to sell it.

Rosewood Yangon – the former New Law Courts building – has a uniquely interesting story. The building’s massive steel doors have been preserved, along with their somewhat intimidating scales of justice motifs, as have the sweeping staircases and spacious balconies of some of the more exclusive suites.

Management, however, is likely to emphasise the very modern amenities the Rosewood Yangon will boast.

We don’t want to become a stuffy museum, but together with the extensive events facilities, the amazing spa and stunning rooftop pool and bar, we want the hotel to reflect the dynamics of this great city, says Ed Brea, managing director of Rosewood Yangon.

We are aiming to be the epicentre of the local social life and the heart of Yangon.

The hotel has been working closely with heritage groups including Turquoise Mountain, which is currently renovating the city’s former Ministry of Hotels and Tourism building, and Doh Eain, a charity the hotel has hired to help tidy up, but sustain, local shops around the property.

It’s going to be a hell of a hotel, says Harry Wardill, country director for Myanmar of Turquoise Mountain. I just hope they can fill it.

Given the Rakhine incident, the Rosewood and the Excelsior will need to look to the Asian market to fill their rooms, at least this coming peak season – November to January.

Now we have to switch. We are chasing the other side – the Asian market. We have started to focus on the Japanese market, the Chinese market – at least the FITs - foreign individual travellers.

I am looking for FITs from Hong Kong, Singapore, Kuala Lumpur, all the cities around us, especially because they have direct flights now.

The hope is that well-heeled, cultured tourists from the region will be willing to pay top-dollar rates for these heritage hotels, although price slashing is already under way in Yangon.

Even if you drop your rates it won’t bring in any more business, because it’s a mindset, Arnaud says.

It’s an ethical decision – I’m not going to Myanmar because of the Rakhine situation. It’s not because prices have dropped by US$30 that people will come.

Rosewood is also targeting well-off Asian tourists, hoping that Yangon’s religious attractions such as the Shwedagon Pagoda and other Buddhist sites will prove a draw.

I have a feeling that we will bring the market to Myanmar, like rich Thai people, Supalak says.

The funny thing about Thai people is the richer they are the more superstitious they become. They will come every quarter just to go to the Shwedagon.