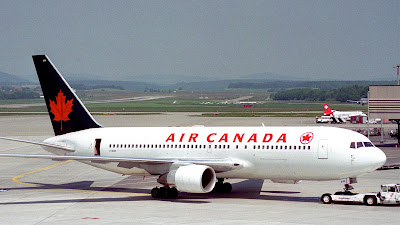 Canadians have better cross-country connections than ever before.

Air Canada on Thursday inaugurated the first of three new, non-stop domestic flights to between Eastern Canada and three BC communities.

Canada’s largest airline is now flying directly from Toronto to Kamloops, a fun and lively city in the British Columbia interior with fun places to explore and a great golf course, Tobiano.

Air Canada Friday, June 22 will launch direct flights from Toronto to Nanaimo, a growing city on the east coast of Vancouver Island with a pretty harbour and a lovely downtown.

On top of that, Air Canada today launched direct flights between Montreal and Victoria, giving Victoria residents easy access to one of the great cities of the world and providing Montrealers with a simple way to reach one of the nation’s prettiest and underrated cities.

We are very pleased to launch the only non-stop services from Nanaimo and Kamloops to Toronto, and from Victoria to Montreal in time for the busy summer travel period, said Benjamin Smith, President, Airlines and Chief Operating Officer at Air Canada.

The convenience of these new services makes it easier than ever for customers from other parts of our network to travel to beautiful British Columbia's Vancouver Island and Thompson Okanagan areas.

Customers from Nanaimo, Victoria and Kamloops now have the convenience of non-stop flights to Toronto and Montreal, where unparalleled connecting options are also available throughout our far-reaching North American and global network," Smith said.

The Toronto-Kamloops flights will run three days a week (Tuesday, Thursday, Saturday) until Oct. 8, while the Toronto-Nanaimo service will operate four times a week (Monday, Wednesday, Friday and Sunday) until Oct. 9.

The new flights will be operated by Air Canada Rouge, which will celebrate its fifth birthday on July 1.

The routes are part of Air Canada's strategic expansion of 25 new routes being launched during the 2018 summer season.