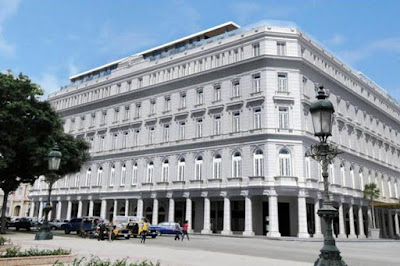 The German company Kempinski, based in Switzerland and manager of Cuba’s first five-star plus hotel, will open other tourist facilities in this Caribbean destination, after reporting a successful performance in its first year of operations in Havana.

We have opted for Cuba and we will continue to grow in alliance with the state entity Gaviota, announced Xavier Destribats, general manager of the Grand Hotel Manzana Kempinski, a six-floor, 246-room building, which opened on June 7 last year.

The executive stressed that the firm he represents, the oldest of its kind in Europe has several projects with that Cuban chain, mainly for the management of hotels located in spas.

Destribats described as successful the first year of operation of the Kempinski Block, which, he said, has received clients from several nations, such as France, Spain, Germany, Russia, China and Austria.

The opening of this installation represented the entrance of Kempinski in the Americas and its premiere in Cuba with a contract with Gaviota.

Data provided by the ministry of tourism note that in the island there are 21 foreign managers through 95 hotel administration and marketing contracts, responsible for 45,333 rooms (65 percent of capacity).

There are also 27 mixed companies that manage more than 5,000 four- and five– star accommodations.

The tourism sector represents the largest number of businesses in operation in the country with foreign investment, considered an essential element in the nation’s socio-economic development strategy.