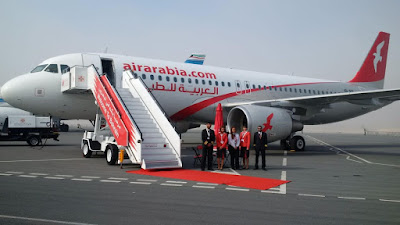 We would like to emphasise that there is no significant impact on Air Arabia’s daily or future business or on its liquidity status and the business is operating as usual, a spokeswoman for Air Arabia said.

The $336m exposure is through fund portfolios and short-term investments. Further updates on the matter will be made as and when available, the statement added.

On Tuesday, the Grand Court of the Cayman Islands approved Abraaj’s application for a court supervised restructuring, enabling the buyout firm to re-order its liabilities and pursue the sale of its funds management business in the interest of the majority of stakeholders.

Air Arabia’s statement added that the carrier has, like other Abraaj creditors, appointed a party to represent its interests in court while the provisional liquidation is carried out.

Air Arabia’s stock price fell by more than 7 per cent on Monday amid news of its investment in Abraaj. Its share price continued to slide on Tuesday, although it ended the day flat. The stock continued to fluctuate on Wednesday and closed down 0.95 per cent.

As part of the Air Arabia Group investment portfolio, the carrier has an investment in Abraaj funds, an Air Arabia spokeswoman said in a statement on Monday.

Air Arabia has appointed a team of experts who are actively engaged with all stakeholders and creditors involved with the matter to ensure Air Arabia’s investment and business interest is protected.

The spokeswoman declined to say whether selling the stake in Abraaj is one option being explored, and Abraaj on Monday declined to comment on its connection with Air Arabia.

The Middle East’s biggest private equity company, which at its peak had more than $13.6 billion of assets under management, is facing allegations that it misused funds in a healthcare investment vehicle.

These four out of a total 24 investors requested an audit of the health fund and engaged Ankura Consulting to find out what had happened to some of the money invested in the fund, according to an Abraaj spokesman. Abraaj denies any wrongdoing.

In its statement on Tuesday, Abraaj said the Cayman court also approved a request for a provisional liquidation of Abraaj’s fund management business, which Abraaj has been hoping to sell this year along with its stakes in other companies to resolve liquidity issues.

Air Arabia posted a 5 per cent rise in net profit for the first quarter of 2018, beating analysts' forecasts, on the back of strong demand and cost reduction.