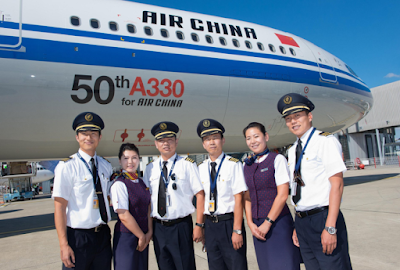 Air China has resumed its flights between Beijing and Pyongyang.

The Beijing-based carrier has announced the restarting of all its flights to the North Korean capital city following a lengthy suspension that began in November following a United Nations mandate.

North Korea has been relying on China for most of its imports and exports.

The service has now resumed due to subsequent meetings between the leaders of both countries, Xi Jinping and Kim Jong-un.

Data suggests that the route will operate three times per week, on Mondays, Wednesdays, and Fridays.

Air China will deploy a Boeing 737-700 on the route, with a seat configuration of eight reclining First Class seats and 120 seats in Economy.

An Air China official said that these flights are continuing due to market reasons but did not provide any further comments.

However, the fact that Kim Jong-un traveled to Singapore on June 12 for the summit with other leaders suggests that the political tensions in the region might be tuning down, re-opening the door for direct connectivity with other international destinations.

Air China’s service to Pyongyang launched had frequently been canceled or disrupted due to what had been unspecified problems, according to Chinese media.

Noth Korea’s national airline, Air Koryo, is also planning to open a new route between Pyongyang and Chengdu. However, there are no official confirmations in this regard.

This is a significant move for both China and North Korea, as this route opening could enable a relief on sanctions.

It is something that will have to be observed over the next few weeks as Kim Jong-un steps further onto the world stage and starts to provide the positive dialogue that the other world leaders are seeking to achieve.