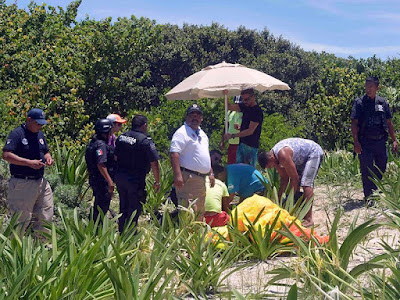 A tourist in Playa del Carmen has died after his parachute failed to open.

The accident occurred around 1:30 p.m. Friday when the 48-year-old Guatemalan man jumped from the plane.

Witnesses say when the man jumped, his chute didn’t open, sending him crashing to the ground.

The man was found by paramedics in a green area around 66th Street in the Luis Donaldo Colosio neighborhood.

Lifeguards were the first on scene to provide medical aid, however, paramedics arrived to find he was already without vital signs.

Ministerial police arrived to carry out the corresponding investigation and tend to the family of the man.

The director of Civil Protection said they will determine any suspension or closure of the company, which was not officially named.

The deceased has been identified as J.C.C.B., 48 of Guatemala. He was vacationing in Riviera Maya with his family.

Update: An investigation into the parachute death of a tourist in Playa del Carmen has found that the man used his own equipment for the jump.

Juan Carlos Medina Sosa, head of Civil Protection in Solidaridad, says that the company Skymex Dive rented him a plane, however, he used his own equipment for the jump.

He rented a plane at the airport of Playa del Carmen, however, he brought his personal equipment, his own equipment that at the time of descending to the mainland, he miscalculated, which did not give him time to open his parachute.

For that reason he suffered the fall, explained Medina Sosa. He added that there will be no sanction or closure of the company since they were not at fault.