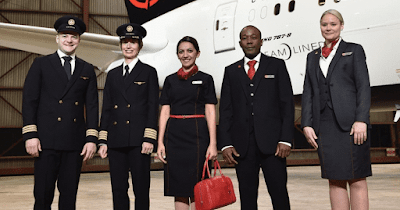 It is the first time a North American company has been recognized in these highly regarded awards and it follows on two Image of the Year Awards received in March from the North American Association of Uniform Manufacturers and Distributors.

This is a very welcome accolade for Air Canada's new uniform collection, now proudly being worn by our employees.

We are delighted their design, which projects Air Canada's and Canadian values, is clearly making a fashion statement around the world, said Andrew Yiu, Vice President, Product at Air Canada.

Winning a European award is gratifying as it further advances our ambition to be a Top 10 global carrier in everything we do.

I thank Canadian designer Christopher Bates and Unisync for designing the new uniforms, as well as Air Canada's employees who are excellent brand ambassadors.

The Professional Clothing Awards bring together the global professional clothing industry to recognize the international uniform supply chain and reward exceptional workwear, corporate clothing and Personal Protective Equipment. The award was presented at a ceremony in London.

Canada's flag carrier is among the 20 largest airlines in the world and in 2017 served more than 48 million customers.

Air Canada is a founding member of Star Alliance, the world's most comprehensive air transportation network serving 1,317 airports in 193 countries.

Air Canada is the only international network carrier in North America to receive a Four-Star ranking according to independent U.K. research firm Skytrax, which also named Air Canada the 2017 Best Airline in North America.

Air Canada was also named the 2018 Eco-Airline of the Year by the respected airline industry publication Air Transport World in its 44th Annual Airline Industry Achievement Awards for its commitment to emissions reductions through supporting the development of alternative fuels.

Its numerous green programs and partnerships, and being the first airline worldwide to voluntarily join the World Bank's IMF Carbon Pricing Leadership Coalition.

Air Canada is Canada's largest airline and the largest provider of scheduled passenger services in the Canadian market, the Canada-U.S. transborder market and in the international market to and from Canada.