USA: United Airlines Passengers Complains About Its Flight Attendant Over Over Bad Service 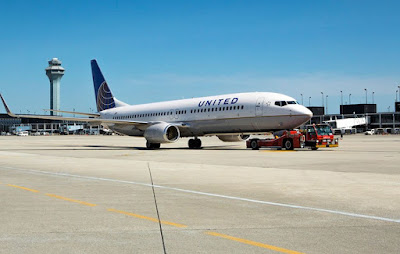 Zach Honig, he was on a United Airlines flight from San Francisco International Airport to Newark Liberty International Saturday afternoon when he attempted to order an old fashioned alcoholic beverage.

Honig claims the attendant told him the flight did not have the old fashioned, but was forced to bring him the drink after another passenger pointed out that it was on the menu.

When Honig asked for a second cocktail after takeoff, the crew member said they were only provided one old fashion per fight.

After openly questioning the attendant, Honig received his second drink but noticed it did not feature the candied orange peel skewer the menu described.

When he requested his third old fashion, Honig also asked about the orange peel, which he received.

In addition, Honig complained about the attendant wearing headphones and eating a business-class salad during the flight.

In response, a reported United flight attendant responded to the Twitter thread by calling in to question Honig’s etiquette in the situation and how much responsibility the attendant should take for his actions.

While the actions of the attendant on Honig’s flight were wrong and he should be reprimanded, the reported crew member who followed up on the writer’s complaints by chastising him online doesn’t help the situation.

Even off duty, employees are a reflection of their employer.

United must do a better job educating attendants and other crew members on social media etiquette and how to avoid similar situations.

Thank You so much for sharing a informative blogs.. Click on Our Blog For More Updates....
Can I cancel my Alaska flight and get a full refund?