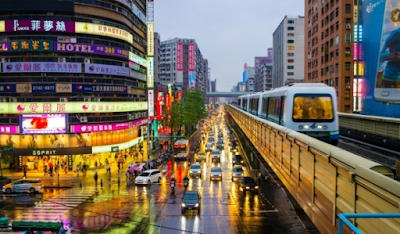 Hotel occupancy rates across Taiwan have been declining and hoteliers are not happy about it.

Hoteliers from across Taiwan assembled at Taipei Railway Station on June 12 to protest against short-stay flats and sites such as Airbnb, which are illegal on the island.

According to data analyst CEIC, the hotel occupancy rate in Taiwan fell to a 12-month low in January, although it rose slightly, to almost 60 per cent, in February.

The drop can be attributed to tourists choosing short-lets. Chang Jung-nan, chairman of the Hotel Association of ROC, said that the industry estimates annual losses of NT$30 billion (US$1 billion) because of illegal operators.

They do not pay taxes and they work with internet platform operators, said Chang. Many legal hoteliers will go out of business.

Taiwan’s minister for transportation and communications, Hochen Tan, has taken a more diplomatic stance, encouraging a progressive approach from traditional hoteliers and possible partnerships between the existing industry and home-sharing operators.