NORWAY: Norwegian To Launch Flights To Brazil From London And Argentina 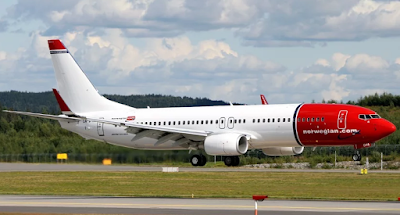 Norwegian Air Shuttle plans to fly to Brazil from Argentina and London to boost its month-old operations in South America, chief executive Bjorn Kjos said in an interview in Buenos Aires.

The Scandinavian company has already received authorization from the Argentine government to operate flights to 13 Brazilian cities.

Norwegian is evaluating flying in other Latin American nations, Kjos said, declining to give more details.

We serve a lot of places in the US and in Europe, but South America is our focus in 2018, said Kjos.

There are other countries with priority in South America that are not that well served.

The airline is entering a busy market, and will need to push its low-cost flights to stand out.

Norwegian is one of several low-cost carriers jumping into Argentina amid president Mauricio Macri’s push to open routes to new players and lower consumer costs in Argentina.

It began flying from Buenos Aires to London in February. In December, Norwegian Air got the go-ahead from Argentinian authorities to operate up to 72 domestic and as many as 80 international routes.