UAE: Hospitality And Tourism To Compete With Europe After Reduction In Hotel Tax 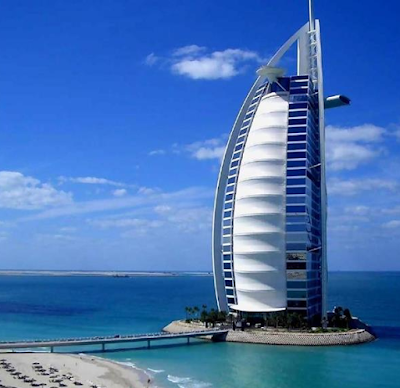 Restaurants in Abu Dhabi and Dubai will be bolstered by the recent drop in municipality fees.

That is according to Jennifer Pettinger-Haines, one of the founding members of the Global Restaurant Investment Forum, an international conference that brings together some of the leading investors from the international world of restaurants.

The reduction in municipality fees comes as both Dubai and Abu Dhabi try to market themselves as year-round holiday destinations, instead of their more traditional standing as winter sun destinations.

Ms Pettinger-Haines, who is also a member of the Dubai Restaurant Industry Think Tank, was speaking in the wake of the municipality tax cuts announced last week in Abu Dhabi and Dubai.

The recent announcement that municipality fees on sales at hotel facilities are going to be cut from 10 per cent to 7 per cent is great news for the industry.

It was made all the better when we heard that Abu Dhabi was also taking measures to reduce tourism fees from 6 per cent to 3-and-a-half per cent and municipality fees to 2 per cent, she said.

These are very positive and significant steps in support of the UAE’s hospitality industry and come at a challenging time for many operators, especially as we head into the summer period.

Only time will tell what the true impact will be, but it is a very positive gesture which will offer enhanced value to guests.

Last week, it was announced that the 6 per cent tourism fee that had been applied to hotel rooms and outlets has been reduced to 3.5 per cent, the municipality fee was reduced from 4 per cent to 2 per cent, and the per room, per night hotel fee has gone down from Dh15 to Dh10.

That was hot on the heels of another announcement in Dubai which cut the municipality fee on sales at hotel facilities in Dubai – which will include the cost of room bookings – be cut to 7 per cent from 10 per cent.

Last week, The National reported how Dubai's tourism industry is working to make the emirate more of an attractive package during the summer months to prevent losing ground to destinations such as Europe during the hotter summer months.