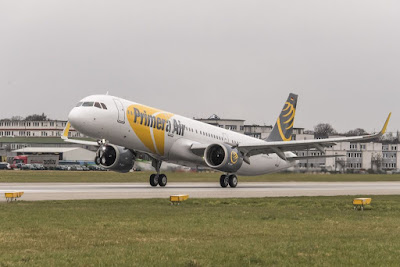 Primera Air, a specialist in holiday flights from Denmark run by Icelander Hrafn Thorgeirsson, aims to take delivery of the first long-range version of the A321neo narrow-body plane in October and use the extra miles to offer trans-Atlantic flights that are normally the preserve of larger twin-aisle aircraft.

In all three cases the airlines have looked south to find a market. Primera commenced flights from London Stansted to Newark last month and will also operate from Paris and Birmingham, with services to Boston, Toronto and Washington.

Norwegian has a major base at London Gatwick and also operates 787s from Barcelona, Paris and Rome, as well as deploying single-aisle 737s at the limits of their range from Britain and Ireland to the eastern US. Wow connects 21 European locations with 15 in the US and Canada via Iceland.

Thorgeirsson said the airlines are being forced to look beyond their Nordic heartlands partly as a result of subdued demand at home, drawing parallels with the economic pressures that stoked the Viking invasions of northwest Europe more than a thousand years ago.

It’s stagnant, the chief executive said. The number of charter passengers out of Denmark is almost unchanged over the last five years, and that’s true across Scandinavia.

We saw the same thing in 800 AD. Norway became overpopulated and because of inheritance laws only the oldest sons could inherit. So they started sailing in their long-ships to Ireland, England, Scotland and France.

Stansted alone has a catchment area of 26 million people, according to Primera, which has established a headquarters in Riga, Latvia, to minimize costs.

That’s about the same as the combined populations of Denmark, Sweden, Norway, Finland and Iceland. Larger airlines are awake to the threat, and have begun operating their own lower-cost inter-continental services.

At the same time, the challenge of funding trans-Atlantic operations may push the fledgling operators into the arms of rivals.

Norwegian, struggling with a stretched balance sheet from hundreds of jet orders, has had at least two takeover approaches from British Airways owner IAG SA, while Wow CEO Skuli Mogensen says his company may seek an industry investor or initial public offering to finance direct Europe-U.S. flights and services to Asia.

Primera’s two A321LRs, equipped with extra fuel tanks to give a 4,000 nautical-mile range that’s the longest for any current single-aisle model, will be sourced from U.S. lessor AerCap Holdings NV in order to gain first-mover advantage.

For a small carrier like us it’s vital to get a head start, Mr Thorgeirsson said.

The low-cost market across the Atlantic is just going to grow. People are unsure about it but that was the same 25 years ago when Ryanair and EasyJet started.

As a consumer, if I think the product is safe, comfortable and accessible and goes to the right airports, I’m going to go with the best price.