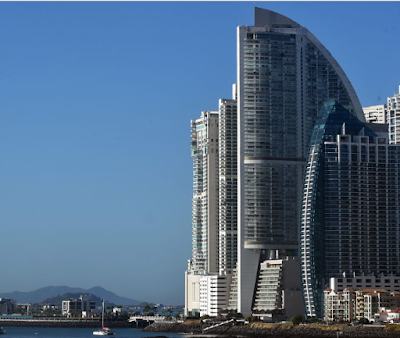 The former Trump International Hotel & Tower Panama is trading the name of one famous hotelier for another.

The sail-shaped tower will be managed by Marriott International Inc. as a JW Marriott hotel, according to a statement from owner Ithaca Capital.

The Miami-based firm, led by managing partner Orestes Fintiklis, took control of the property from the Trump Organization in March after a struggle that included court cases in the U.S. and Panama and the use of a crowbar to strip Trump’s name off the building.

Lawyers for the Trump Organization had asked the president of Panama to intervene in the dispute.

Company executives didn’t know about the letter until after it was sent, the lawyers said.

The owners of former Trump hotels in New York and Toronto also have rebranded their properties to distance themselves from U.S. President Donald Trump.

A spokeswoman for the Trump Organization, Amanda Miller, didn’t immediately respond to request for comment.

The hotel in Panama City will be the 12th JW Marriott property in the region, Laurent de Kousemaeker, Marriott’s chief development officer for the Caribbean and Latin America, said in the statement.