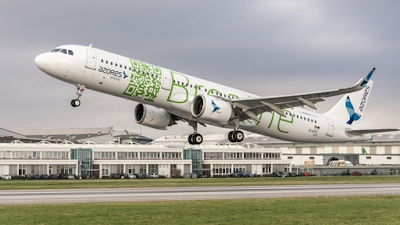 Five hours. Nonstop. From Toronto. That’s all it takes to get to the beautiful islands of the Azores with Azores Airlines year-round nonstop service from Toronto, and seasonal service from Montreal.

The oldest airline in Portugal has just become the newest, following the recent rebranding of SATA International as Azores Airlines, and the airline hosted a VIP dinner for agents and media at Toronto’s Old Mill Wednesday night to get agents reacquainted with the brand.

As Portuguese music duo, Sounds of Portugal, strummed traditional Portuguese music, the crowd mingled before sitting down to dinner and updates from Portugal Tourism and Azores Airlines.

At 76 years old, the airline has grown the number of seats they offer in Canada by 63%, offering year round service from Toronto to Ponta Delgada with five weekly nonstop this summer, and four weekly flights for the winter 2018/2019 period.

Onward connections are available to other destinations in Portugal such as Lisbon, Porto, and Madeira, as well as Gran Canaria, Cape Verde, London and Frankfurt.

We also believe in supporting those who work with us said Eccles as he spoke of Azores Airlines six percent at-source commission rate.

We believe passionately in upfront commission. You are our sales force. You are selling me. Why would I not want to reward you?

With Azores Airlines’ stopover programme, travellers can visit two destinations for the price of one, with stopovers available on the outbound or the return, staying as little as a few hours, or for as long as seven days. There’s no additional cost and no complex booking process.

We are offering our clients the ability to discover a part of the world that they may not normally think about going to.

Eccles again said It’s something that Iceland has done. And I stand here and say that what Iceland did for Icelandair is what I'm trying to do for Azores and Azores Airlines.

What we're doing here today is promoting another part of Portugal which may not be that well known, and that’s the Azores, a spectacular nine-island archipelago right smack in the middle of the Atlantic ocean.

Delgado continued. It's an island of tremendous beauty, unique culture, great food and great history. And although the Azores is focused a lot on diaspora, we're working with Azores Airlines hand-in-hand to further broaden our market and I think that's what we did today.

Influenced by their location and by the Gulf Stream, temperatures in the Azores are mild year round, and while its winter temperatures may not make it a direct competitor to the Caribbean, the temperature averages 22°C in summer and 17°C in winter, making it ideal for nautical sports all year round.

But in closing, I had to ask Delgado whether, given its short flight time, the Azores is competing with the Caribbean this winter.

As a winter destination, it's wonderful. Temperate weather and a five hour flight from Toronto Delgado said.

There’s all kinds of wonderful experiences with nature, with the geothermal parks, with whale watching, the great food with the local culture and the local wines, so it's something to think about for sure.

It's a different experience but we're convinced that Canadians, once they learn about it, they'll take to it.