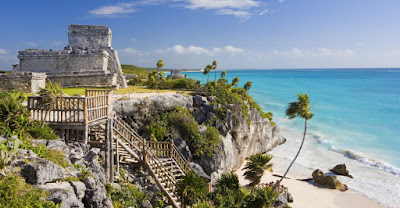 Cultural tourism is on the rise in Mexico, with nearly 80 percent of visitors booking a cultural tour while on holidays.

Cultural tourism in the country is gaining ground, says the undersecretary of tourism, adding that Mexico is seen as a multicultural country.

It is the highest average expense segment, doubling sun and beach tourism, with gastronomy being a decisive factor for a trip.

Almost 80 percent of leisure travelers book activities linked to culture during their stays.

He explained that the cultural tourism offer of Mexico is composed of 34 sites declared as World Heritage with 189 archaeological zones open to the public.

Mexico is recognized as a multicultural country with traits that encompass the arts, traditions and gastronomy, as well as our ethnic groups, popular religious festivals and all those other traits that leave a mark from each generation.

The tourism trend is increasing and the wealth that represents the great cultural heritage of our country should be used responsibly, sustainably and inclusively, used to improve the quality of life of the communities, he said.

Quintana Roo state Secretariat of Tourism, Marisol Vanega, reports that the 13 archaeological zones of the state captures 65 percent of the total international tourists that visit archaeological sites in the country.

He adds that during 2017, more than 3.4 million tourists visited archaeological zones in the state, 20 percent more than in 2016.

The official said that cultural tourism is the future of world tourism, this segment is growing faster than any other sector of tourism.