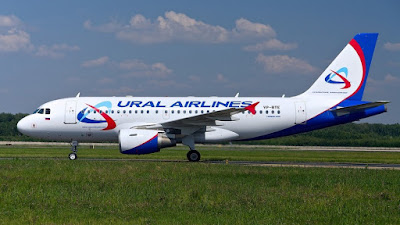 Ural Airlines won the Loyalty Awards Russia-2018 award in a For Effective Use of CRM in Loyalty Program nominated category.

The award honors the integration of CRM in the Wings Loyalty Program. Its participants get an opportunity to use bonuses when buying tickets for any destination with a discount of up to 100% of the tariff.

Ural Airlines is the owner of such international and national awards as Wings of Russia, Safety Leaders Awards, Best Russian Social Projects, National Geographic Traveler Awards, Time for Innovations, and others.

Ural Airlines is an airline based in Yekaterinburg, Russia, operates scheduled and chartered domestic and international flights out of Koltsovo International Airport. In 2012, the company transported 3.5 million passengers.

The airline was founded in 1943 as Sverdlovsk State Air Enterprises, and later became part of Aeroflot, the Soviet state airline, being in charge of Yekaterinburg Airport.

Following the split-up of Aeroflot, Ural Airlines became a joint stock company incorporated under the laws of the Russian Federation on 28 December 1993, and the airline business was separated from the airport.

Ural Airlines has 2262 employees. The technical base of the airline is one of the biggest and most modern in Russia. Its technical equipment and experienced engineers allow Ural Airlines to provide necessary services in-house. In 2012, the airline opened its training complex for pilots.

The system of training for Airbus A320 was 7.5 million euro. The complex included the construction works too, with 9 million euros. The airline's CEO says that pilot training now is not 4 days, but 4 hours. The airline also plans to buy the training complex for the Airbus A330-300.

In 2017, Skytrax gave Ural Airlines 3 stars, which made it the fourth airline with three stars in Russia and CIS after S7 Airlines, Uzbekistan Airlines and Air Moldova.

Ural Airlines has codeshare agreements with the following airlines:

Ural Airlines also started considering updating its fleet with newer Airbus A320neo family or Boeing 737 Next Generation and is still considering purchasing Airbus A330. The airline also considered purchasing Irkut MC-21, however the plans were most likely withdrawn.

Lately, Ural Airlines announced the purchase of 2 Airbus A321neoLR, that will be delivered in 2019, with a possible replacement of older Airbus A321-200.

As of June 2018, the Ural Airlines fleet consists of the following aircraft: