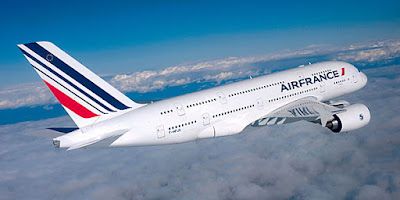 Philippe Capron, who had been interested to take over at the head of Air France-KLM, has withdrawn interest in the job and criticised the French state’s intervention in the process.

In the context of recent events, I wish to inform you of my withdrawal from the ongoing recruitment process. I am no longer a candidate for the position of chairman and CEO of Air France-KLM, wrote Mr Capron in a letter to the airline’s interim chairwoman Anne-Marie Couderc.

His withdrawal is the latest setback for the struggling airline— formed by Air France’s merger in 2004 with Dutch KLM — which has been trying to find a new boss to replace Jean-Marc Janaillac, who quit in May after putting his job on the line in an effort to end strikes over pay.

Mr Janaillac’s resignation in the face of union opposition has reignited concerns about Air France-KLM’s ability to reform the French arm of its business.

Its share price has dropped almost 50 per cent so far this year.

On Wednesday, the group said the recruitment process for the future governance would be implemented as quickly as possible.

Mr Capron, who is currently chief financial officer at French water and waste group Veolia, had been on course to be named as the new boss but, KLM and shareholders Delta and China Eastern Airlines, which each hold 8 per cent of the group, have expressed concern, partly because of his lack of aviation experience.

The position of the French state has also seemingly turned against Mr Capron with finance minister Bruno Le Maire saying last weekend that the race was still open.

Capron is one of the possible candidates but he is not the only one. It takes experience.

Mr Capron’s letter which is dated July 2 but was emailed to Ms Couderc on Friday evening defends his ability to do the job, questions the potential governance change and suggests the state had interfered in his candidacy.

After being chosen by the appointment committee I began to introduce myself to other managers when an external intervention blocked this process, marking a curious deviation in the governance of this private company in which the state holds only 14 per cent, said Mr Capron in the letter.

Along with the premature revelation of my candidacy, following little information from the public authorities, this decision opened Pandora's Box, giving an opportunity to all those who believe they have the right to co-manage the company to advance their particular agendas and to interfere in the process, added Mr Capron.

Without naming the hotel group directly, the letter also hits out at France’s Accor, which has been pressing ahead with efforts to buy the government's stake in the airline.

Everyone agrees that seeing the exit of the state from the capital of Air France-KLM is one of the conditions of the recovery of the group.

But this exit should not be for the benefit of private interests, determined to take creeping control, said Mr Capron.