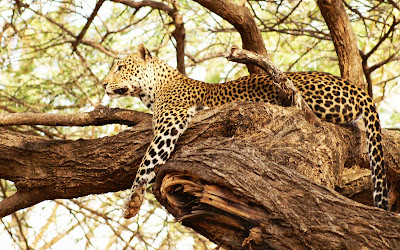 Kenya’s international tourists arrivals are projected to jump by about five percent in 2019, a senior government official said on Wednesday.

Najib Balala, Cabinet Secretary of the Ministry of Tourism and Wildlife, told journalists in Nairobi that the tourism sector will not experience the 37 percent year on year growth witnessed in 2018 due to a number of challenges.

We are projecting only a slight growth in the number of international arrivals by the end of 2019 fueled by intensified marketing efforts in key source markets, Balala said during the launch of the partnership between Express Travel Group and Travel Leaders Group to form Travel Leaders Kenya.

Balala noted that in 2018 Kenya experienced a rate of growth of the tourism sector that is faster than the global average of 3.9 percent and the Sub-Saharan Africa average of 3.3 percent.

This makes Kenya the third largest tourism economy in Sub-Saharan Africa after South Africa and Nigeria, both of which grew substantially less than Kenya in 2018, he added.

The Ministry of Tourism and Wildlife has set a target of attracting 2.5 million international tourists annually by the end of 2024 and 3 million by 2030.

According to Balala, Kenya is a long haul destination for international travelers in the main tourist source countries in Europe and North America.

As such we cannot achieve in the short term high tourists number like Egypt and Morocco that are close to Europe, he added.

Najib Balala, cabinet secretary, ministry of tourism and wildlife told journalists in Nairobi that the Mombasa to Nairobi railway line has reduced the cost of travel to the port of Mombasa.

Since the completion of the SGR, we have seen a surge of local and international tourists visiting the coastal beach of Mombasa, Balala said during the launch of the partnership between Express Travel Group and Travel Leaders Group to form Travel Leaders Kenya.

Balala revealed that the SGR has increased the travel options for visitors seeking to tour the coastal region.

Previously tourists had to contend with high cost of air travel or the unreliable road transport network, he added.

The 480 km SGR line built by Chinese from Nairobi to Mombasa was launched in 2017 while the construction of the 120 km Nairobi to Naivasha section which is also funded by the Chinese is almost complete.

Balala said that once the SGR is complete, it will open up the western tourism circuit which is largely unexploited due to high cost of transport and lack of public awareness of the rich cultural heritage in the region.

Through the use of SGR, we hope to expand the tourism sector by making all parts of the country accessible to both domestic and foreign tourists, he added.

The government official noted that Kenya’s main tourism products are the beach tourism and the safari product which largely attract high-end clientele.

Kenya plans to promote the green tourism sector in order to enhance its sustainability, the tourism regulator said on Thursday.

Kipkorir Lagat, director general of Tourism Regulatory Authority (TRA), told a forum in Nairobi that tourism is a very fragile industry that depends on nature to provide services to its clients.

We will work closely with tourism stakeholders to enable the sector adopt measures to conserve natural resources and reduce their green house gas emissions, Lagat said during the stakeholders forum of the retail industry and the Tourism Fund.

He said that the government already offers tax incentives for hotels that have green buildings and use renewable sources of energy.

Solar equipment for heating is also exempt from Value Added Tax, he said.

TRA noted that environmental sustainability is now a key pillar of the tourism sector given the growing number of domestic and foreign tourists visiting the country.

Government data indicates that approximately 2 million visitors entered Kenya in 2018, up from 1.4 million the previous year.

Lagat added that Kenya also hopes to cash in on the growing number of tourists who seek eco-friendly destinations.

The tourism regulator noted that environmentally friendly policies such as use of biodegradable products and recycling could help make the tourism sector more sustainable.