INDIA: Goa Airport Is One Of The Worst Maintained Airports In India 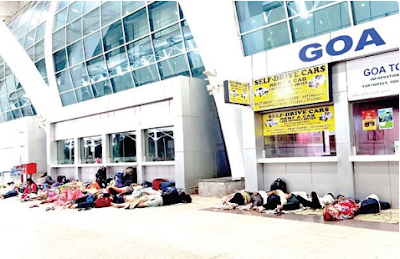 Tourists were left flabbergasted to see the state of affairs prevailing at an airport in the Indian state of Goa, thronged by thousands of tourists from across the world.

A large number of tourists from all over the world come to Goa, India via Dabolim International Airport, but some might be coming for the wrong reasons. 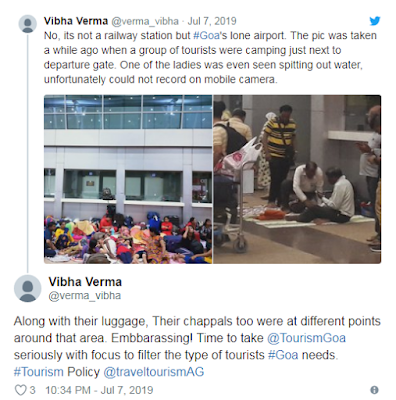 People took to social media to express their shock and dismay after snapshots of travellers sleeping on the floor or enjoying a nap near the airport’s departure zone, went viral online.

A section of the netizens felt the sight was reminiscent of a railway station, with footwear scattered all around the airport and luggage piled up in heaps.

The outrage prompted the airport authorities to issue instructions and promise this would not happen again.

A journalist Tweeted to share the embarrassment and said, it’s time to take tourism more seriously in the coastal State of Goa, the favourite Indian getaway for westerners. 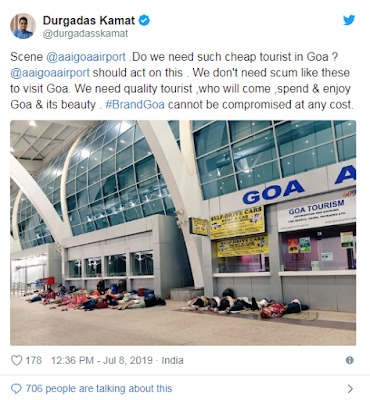 I have already raised my concern. Goa airport is one of the worst maintained Airport in India.

“We share your concern. This is a one of a kind incident and was noted with due concern. The instructions to the concerned departments have been issued; to be more watchful and we ensure it will not reoccur,” said Gagan Malik, Goa airport director.

Others came to the support of the people sleeping on the floor, saying it was an issue of poor infrastructure and lack of public transport in the state.

There is a magnificent portrayal of each vital concern and that too in a compact way. Creator did his employment superbly. He prevails to convey his contemplations with best of his insight and I am truly exceptionally inspired with his endeavors. taxi tel aviv airport to jerusalem