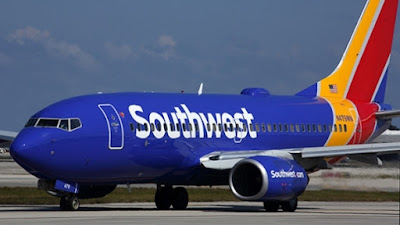 One of the planes has just landed and was taxiing to the parking lot, while the second was preparing for departure.

During the towing, the Southwest Airlines plane preparing for a flight to St. Louis, Missouri, touched the wingtip of an identical airplane that was supposed to depart for Atlanta, Georgia.

Nobody was injured as a result of the incident.

Judging from the picture, which one of the passengers made during the flight to Atlanta, the other aircraft had damaged the upper part of its vertical stabiliser.

After the collision, both aircraft were temporarily grounded for inspection.

Two Southwest Airlines planes have collided on the tarmac of Nashville International Airport.

A photograph provided by a passenger onboard the flight to Atlanta showed rainy weather and what appeared to be the top of the other plane's fin clipped off.

The airline says both planes returned to the gate "under their own power" and were taken out of service for evaluation. The Southwest flights will continue towards the scheduled destinations using new planes.

A spokeswoman for the airport directed inquiries to Southwest.

Thanks for this. I really like what you've posted here and wish you the best of luck with this blog and thanks for sharing. Southwest Airlines Phone Number Reservations