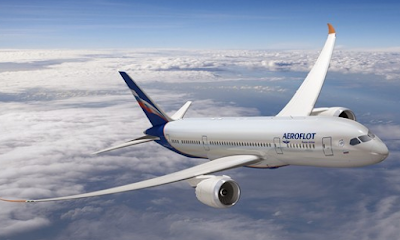 Aeroflot completely stopped flights to Georgia starting from July 8 in accordance with President Vladimir Putin's decision to suspend traffic of Russian airlines to the neighbouring country, the airline company said.

"Starting from 8 July, 2019, Aeroflot completely suspends flights to Georgia. This measure has been taken in accordance with the Russian president's decree. From now on, the main efforts of Aeroflot will be aimed at returning Russian citizens from Georgia," the statement said.

According to Aeroflot, those passengers, whose flights are scheduled for 8 July or a later date, can change the departure for an earlier date without any additional payments or penalties, or return the full cost of tickets, thereby terminating the agreement on carriage.

​Ural Airlines has also suspended sales of tickets to Tbilisi starting from 8 July, a spokesperson for the company announced.

On Friday, President Vladimir Putin suspended the air traffic with Georgia, starting on 8 July, and ordered to ensure that all those currently traveling across Georgia be flown back. Moreover, he instructed travel companies not to sell package tours to Georgia for the ban period.

Commenting on the decision, Kremlin spokesman Dmitry Peskov stated that the measures are forced restrictions imposed by Russia to guarantee safety of Russian nationals in the light of extremist actions that are going on in Georgia.

The Russian Association of Tour Operators said that there are currently around 5,000 - 7,000 Russian tourists traveling to Georgia on tours organised by travel companies, while up to three times more Russians are traveling there on their own.

The decision followed protests in Georgia, which erupted on Thursday over the participation of a Russian delegation in an international parliamentary forum in Tbilisi.

Moscow has slammed the actions of the Georgian leadership during the international event, with Peskov describing the unrest as a "Russophobic provocation."