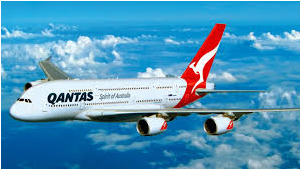 Qantas' latest premium economy seat has been flying for barely eight months but the airline is already scoping out its replacement.

While Qantas CEO Alan Joyce hyped the current David Caon-designed premium economy seat as revolutionary for the comfort it would offer on 17 hour flights between Perth and London.

This next-gen design will cradle passengers for as many as 20 hours on non-stop Project Sunrise flights from Sydney and Melbourne to London and New York.

On the cards is an all-new economy seat for what will be the world's longest flights.

Qantas has already engaged with global aircraft seat manufacturers, inviting them to come up with concepts for next-generation Economy and Premium Economy seats for the long-haul flights, the airline said in a statement.

Earlier this month Qantas International CEO Alison Webster said that the intent is to see what kind of a step change we can create for our customers.

Qantas is aiming to have its ultra-long range Project Sunrise jets carry over 300 passengers across four classes, including new first class suites, and is also polling some 12,000 of its frequent flyers on other proposed creature comforts such as:

Some of these would be located below the main deck in special modules located in the cargo bay, where Qantas and potential Project Sunrise partner Airbus are also considering offering railway-style sleeper berths.

One of the concepts that we have is maybe if we're not carrying freight you do something lower where cargo is on the aircraft, do you have an area where people can walk?

Do you have berths like on a train? Qantas CEO Alan Joyce posed at a speech in London earlier this year following the airline's inaugural Perth-London Boeing 787 flight.

Could some of the freight areas we may not use be used as an exercise area? Could they be used for berths for people to sleep in? Is there a new class that’s needed on the aircraft?

Qantas has also flagged creating a number of spacious change and refresh stations, which might not include a lav where travellers would change into their PJs and freshen up during the flight.

However, it has ruled out inflight showers due to the fuel impost of carrying the amount of water required.