Best, Worst Airlines And Airports In The World 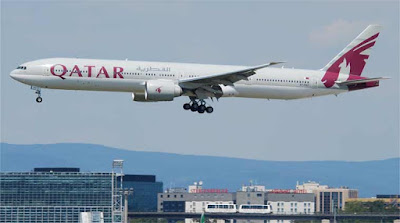 Qatar Airways has been ranked the best airline in the world, according to a new study.

The research, carried out by consumer group AirHelp, has put the Middle Eastern airline on top with Hamad International airport, also based in Doha, the capital of Qatar.

The group ranked 72 airlines and 141 airports analysing a series of key performance indicators (KPI) including on-time performance and service quality. Twitter sentiment was also used to measure the KPI of the airports.

Closely followed by Qatar Airways is Lufthansa in second and Etihad Airways in third and Singapore Airlines and South African Airways in fourth and fifth respectively.

London Heathrow did not make it into the top 10, coming in at number 81 out of the 141-strong list.

The report found that Stansted's poor standing was due to a large volume of negative tweets. Gatwick was the worst airport when considering this metric alone, it said.

AirHelp CEO and co-founder Henrik Zillmer said: For some time now UK airports have seemingly been in the news for all the wrong reasons and that has been realised in this data.

Passengers are clearly not happy and while it will be a challenge to address the issues highlighted in this report, it is also an opportunity to halt the decline in performance and provide consumers with a better experience. 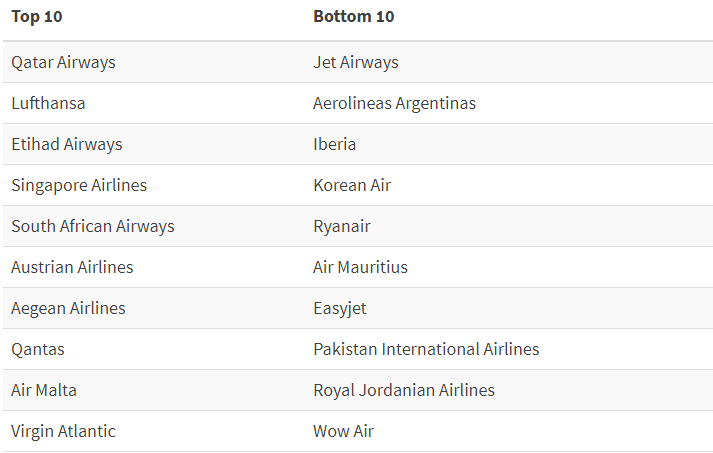 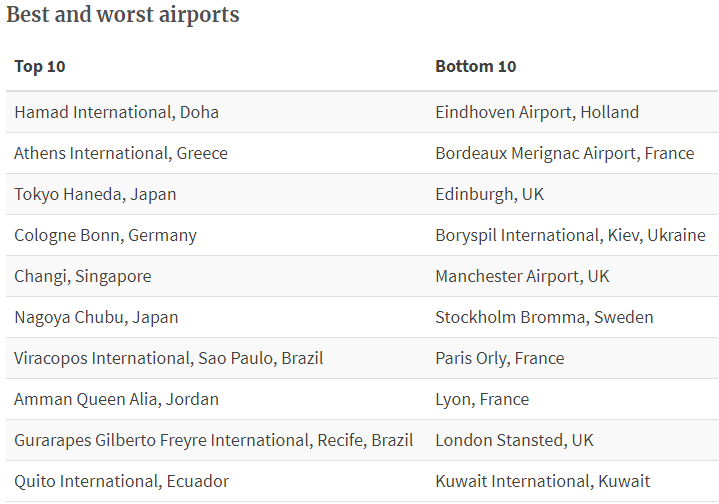