ISRAEL: Appreciating The Success Of Kosher Cuisine And Wine 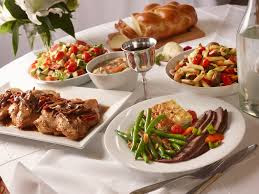 Some of the nation’s top chefs have embraced the challenge of producing dishes at an international standard of quality and taste while still carefully abiding by the laws of kashrut.

Perhaps nowhere is this more evident than at the award-winning Herbert Samuel Restaurant in Herzliya.

The Herbert Samuel is located within the Ritz-Carlton Herzliya overlooking the marina and sea and offering breathtaking views of the sunset as you enjoy your meal.

Just over four years after its opening, the establishment regularly vies for the status as the best kosher restaurant in Israel and even according to some observers, the world.

In fact, the Restaurant was recently recognized as one of Israel’s finest luxury eateries by the famed Gault & Millau guide.

Chef Mor Cohen was on the original team that opened the restaurant and is now its head chef.

He takes pride in injecting creativity and style in his dishes and regularly challenges himself and his staff to push the boundaries on what is possible within kosher cuisine.

That vision motivated the restaurant’s recent collaboration with some of Israel’s leading wineries to develop a culinary tribute to Israel’s 70th anniversary.

The concept, spearheaded by Chef Cohen together with the restaurant’s manager Yakir Tamam, was to divide the country into four culinary regions and each region would inspire a highly innovative five-course meal.

Each course would be accompanied by a locally produced wine, with the chef and winemakers expertly pairing specific vintages with the most appropriate dishes.

To date, the Herbert Samuel has produced three such evenings ranging from the Golan Heights, to the Judean Hills and most recently to the Carmel Mountain region along the country’s northern coast.

The final evening in the series is scheduled for October 10 and will focus on wines and produce from the Negev Mountains.

Given the coastal location of the Carmel, the most recent evening concentrated on the nation’s fisheries and produce taken from the sea. Diners were welcomed by the highly-attentive and informed staff and the wine selections from Tulip, Maia and Bat Shlomo wineries.

Each course was expertly constructed using ingredients form the Carmel region beginning with an Apricot Gazpacho, followed by three different fish courses and a light dessert combining a semolina and spice cake with a mastika ice cream.

Even diners who might typically prefer a heavier focus on meat in their meals were forced to admit that an expertly prepared fish course can be no-less satisfying and is reflective of the investment that the chef has put into creating this unique dining experience.

The dinner is designed not just to feed and entertain the guest but take him or her on a culinary journey where one gains an appreciation for what Israel can produce.

Cohen’s prowess becomes clear as he succeeds in creating these dishes in what some might assume is a limiting structure for cooking.

I welcome the challenge to create my dishes based on a certain style and story that we’re looking to tell, said Cohen.

But most importantly I make every effort to use locally sourced ingredients. Israel has succeeded in developing its trademark in so many areas of culture and business and I feel confident that food should be no exception.

That is the concept that we have produced with this anniversary tribute to our nation and serves to motivate us in further promoting the culinary power of this country.