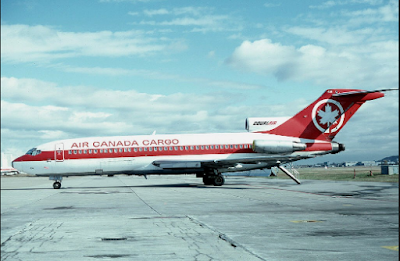 Air Canada broke ground today on a new facility that will house its ground support equipment service and cargo teams at Edmonton International Airport (YEG). The new, 4,645-square-meter facility being built by Terracap Group is set to open in September 2019.

Air Canada signed a 15-year lease for the multi-tenant facility, worth C$19 million by the airline over the term of the lease. Air Canada Cargo will occupy a 1,858 square meters, while Air Canada’s ground support team will occupy the remaining 2,787 square meters.

Apart from the cargo facilities, the ground support portion of the new warehouse has five maintenance bays to facilitate Air Canada’s approximately 167 vehicles in use at YEG.

All of the necessary ground equipment that we use in the course of our airport operations, including our cargo operations, will be supported in this facility.

Cargo is a really important component of even the passenger flights. The more revenue per aircraft, the more additional flights we get over time.

Air Canada said its cargo handled 3.2 million kilograms of goods in 2017 through its Edmonton facility, including pharmaceuticals, mail, art and oil and gas industry equipment.

EIA said Air Canada is offering more than 290 flights each week to 12 destinations in North America this fall, including direct flights to Las Vegas and San Francisco.

In March, Air Canada announced it was launching daily, direct flight options to Las Vegas from the EIA. The flights are scheduled to begin this Sunday onboard an Air Canada Rouge A319.

In late 2017, the airline launched a plan to provide daily non-stop, flights between Edmonton and San Francisco.

There’s been a lot of development at the EIA this year, including the opening of a Costco warehouse in August, the opening of the Premium Outlet Collection EIA mall in May and a new five-storey, 135-room and suite Fairfield Inn by Marriott is under development and scheduled to be complete in early 2019.

The Supreme Court of Canada cleared the way for a class-action lawsuit against Air Canada and British Airways to proceed by dismissing an appeal by Canada's largest airline.

Air Canada had sought to overturn an October 2017 Ontario Court of Appeal ruling that the class action could include foreign claimants despite playing out in Ontario courts.

The decade-old lawsuit from three companies alleges price fixing by major airlines involved in air freight shipping between 2000 and 2006.

Linda Visser, a lawyer for the plaintiffs, says they have reached settlements totalling more than $29 million with all 14 defendants except Air Canada and British Airways.

Visser says the lawsuit involves up to tens of thousands of class members, many of them exporters and freight forwarders that handle shipments ranging from flowers to zoo animals.

The airline signed a 15-year lease for the facility, which is expected to open in Sept. 2019.