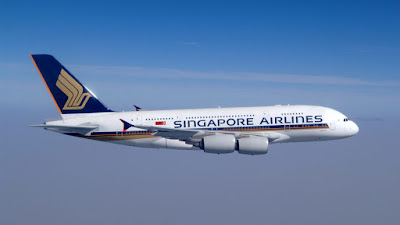 Singapore Airlines has warned that the coronavirus epidemic represents the “greatest challenge” it has ever faced as the flag carrier cut 96 per cent of its passenger flights in response to the crisis.

Late last night the island city-state took extreme steps to combat the spread of the disease by banning all inbound travellers.

In response, the airline will ground 138 out of its 147 planes – including the planes of subsidiary Silk Air – as well as 47 of budget carrier Scoot’s 49 planes.

Singapore is also taking additional steps to mitigate the financial impact of the crisis, including implementing salary cuts for staff and delaying new aircraft orders from suppliers.

It is also in discussion with various banks about extending its credit lines and securing further liquidity in the face of the ongoing disruption.

In a note released before the measures were implemented, brokerage UOB Kay Hian said that the carrier needed “backstop liquidity” of at least 5bn Singapore dollars (£3bn) by June.

In a statement, the airline said that it would “continue to aggressively pursue all measures to address the impact of the Covid-19 outbreak on the company”.

“It is unclear when the SIA Group can begin to resume normal services, given the uncertainty as to when the stringent border controls will be lifted,” it added.

Shares in the airline dropped nearly 11 per cent during the day’s trading.

The global financial capital has been one of the states to best tackle the coronavirus outbreak, only confirming its first two deaths from the illness this weekend, despite being one of the first countries outside of China to be afflicted.

According to data from Johns Hopkins University, Singapore has only had 455 confirmed cases of the disease, considerably lower than many of its neighbours.

ingapore Airlines will almost grind its international flight network to a halt in light of the Singaporean Government’s ban on visitors and transit travellers, and similar bans in many countries to which it flies.

Between them, Singapore Airlines and SilkAir will ground 138 aircraft, out of a total fleet of 147 jets – leaving just nine aircraft flying – with low-cost subsidiary Scoot parking 47 of its 49 planes.

Until at least the end of April 2020 there will be flights to just five destinations – Beijing, Shanghai, Guangzhou, Jakarta and Brunei – representing a staggering 96% capacity reduction.

"The resultant collapse in the demand for air travel has led to a significant decline in SIA’s passenger revenues," the airline said in a statement.

"It is unclear when the SIA Group can begin to resume normal services, given the uncertainty as to when the stringent border controls will be lifted."

Many of Singapore Airlines' flights to Australia and other destinations were already slated to be wound back or cancelled from late March until at least the end of April, with these changes serving as a further reduction.

As Singapore is a city-state with no commercial domestic flights, the impacts of global travel restrictions on the airline will be significant.

Singapore Airlines cancellations: what to do if you're affected
Alternative travel options can be clarified once Singapore Airlines reveals which flights have been cancelled and which remain, with a standing policy that "affected customers will be notified and re-accommodated onto other flights."

The airlines' current waiver policy is to allow tickets to become open-dated, to change flights without fees, or retain the value of the ticket for future travel before 31 March 2021.

For urgent assistance within 72 hours of your flight, contact the reservations team at 13 10 11 from Australia or +65 6223 8888 from overseas if you booked directly with Singapore Airlines. If you booked through a travel agency, contact that agency.

If your travel isn't as imminent, then you can contact the team through an online form. As a last resort, if you can't get in touch and miss your flight departing between 16 to 31 March 2020, all no-show fees will be waived when you rebook or change your ticket to open-dated.

You can keep track of Singapore Airlines' latest advisories, including new flight cancellations and ticket waiver policies, on its website.
at March 27, 2020