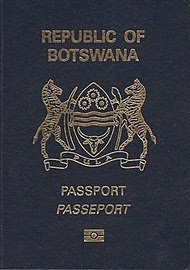 In an effort to improve the ease of doing business in Botswana,Botswana will offer TOURIST VISA at point of entry effective 24th November 2018. This announcement was made by HE, The President of Botswana, Dr Mokgweetsi Masisi at the HLCC meeting held today( 15-Nov-2018)

Botswana has become the latest African nation to relax visa requirements in a bid to improve tourism and the ease of doing business in the country.

President Mokgweetsi Masisi, who is expected to attend this weekend’s extraordinary African Union summit in Ethiopia, announced the new visa development on Thursday.

Rwanda, Benin and recently Ethiopia, are some of the African nations that relaxed visa requirements for all African citizens this year.

It is exactly 53 days before the year comes to an end and we usher in 2019. Many of us made resolutions in the beginning of the year, well we have a few days left to accomplish our goals. With this in mind I would like to go back to a major goal that encompasses our continent.

The African Union set a 2018 deadline for the removal of visa requirements for all African citizens in all African countries.

The Free Movement of Persons and the African Passport policy was adopted by the African Union at the 27th ordinary session held in Kigali, Rwanda in July 2016.

African states were expected to adopt the African passport and work closely with the AU Commission to facilitate its issuance at the national level based on international, continental and national policy provisions and continental design and specifications.

How far along have we come one may ask? A recent AU report found that Africans can travel without a visa to just 22% of other African countries.

A visa is the authority given to foreign nationals to enter Botswana.

Who is eligible to apply for this service?

All Citizens of Commonwealth countries do not require visa except those from Bangladesh, Cameroon, Ghana, India, Nigeria, Pakistan, and Sri Lanka. Foreign nationals whose countries have signed a Visa Abolition Agreement with Botswana are also not required to apply for a visa.

N.B. Those who have permits but decide to stay outside the country for more than six months are required to apply for a visa when they come back to Botswana.

What is required for application of this service?

- Covering letter from the host.

- Certified copies of permits (work and residence) from the host or the National Identity Card (Omang).

- Application form filled by the applicant.

- Copies of business documents (if the host is running a business).

Where can I apply for a visa?

List of countries whose nationals/citizens do not require a visa for entry into Botswana.

- All Commonwealth countries (except for Bangaldesh,Cameroon,Ghana, India, Nigeria, Pakistan and Sri Lanka).

NB: All countries that are not listed require visa for entry into Botswana.

Applicants can also submit applications at Regional and District Offices around the country.

How long does it take to get a visa?

NB: Customers are expected to collect their passports within seven days and if they don’t they are phoned to come and collect them. Those who applied at the Regional and District Offices are posted back to the responses at their respective offices.

Passport Requirements
A passport is required by all travellers except the following:
1. Travellers with a 'Laissez Passer' that is issued by the United Nations.

2. Travellers with a document issued to people without nationality or citizenship and refugees according to the UN Convention.

Passports and alternative papers, or either of them, must be valid on arrival.

All travellers must hold a visa except the following:
1. Citizens of Botswana.

2. Travellers staying for no more than 90 days for the following travellers:

2.1. Travellers with British passports regardless of endorsement in passport concerning their citizenship.

2.2. Travellers with passports issued by Hong Kong (A Special Administrative Region of China).

3. Travellers with a residence permit that is issued by Botswana.

TWOV is permissible for travellers continuing their trip via the same or first connecting plane without leaving the airport.

1. Travellers must have enough money for their stay in Botswana and return or onward tickets.

2. Any traveller, whether requiring a visa or not, who wants to stay in Botswana for more than 90 days should apply for a prior permission for an extended period. This permission should be applied to the Immigration and Passport Control Office (Post Office Box no. 942, Gaborone). No visitor is allowed to work or to look for work.

Travellers are allowed free import of:
- 50 millilitres of perfume and 250 millilitres of toilet water.
- One litre of alcoholic drinks and two litres of wine.
- Gift articles up to a total value of BWP 500.
- 250 grammes of tobacco, 50 cigars and 400 cigarettes.

Free export of souvenirs and presents up to a value of BWP 500.

Pets are allowed to enter. As for cats and dogs, they must be accompanied by an import permit from the Director of Veterinary Services (located at Private Bag 0032, Gaborone, Botswana). Furthermore, a health certificate is required indicating that the animal was immunized with the Flury or Kelev vaccine against rabies not less than 30 days and not more than 3 years before importation for dogs; and not less than one month and not more than one year before importation for cat.

A traveller's luggage should be cleared at the airport of final destination in Botswana.
* Exemptions:
Luggage of transit travellers whose destination is outside Botswana.

Travellers are not required to pay any airport tax upon their departure from the airport.

There are no restrictions on importing local currency (Botswana Pula-BWP) and foreign currencies provided imported sums are declared.

Travellers are allowed to export local currency (Botswana Pula-BWP) up to BWP 50.

Travellers are allowed to export foreign currencies up to the amount that is imported and declared.

Ammunition and firearms have to be declared upon arrival. If goods are re-imported, the traveller must show the DA65 form or the NEP form that was issued on his/her departure.