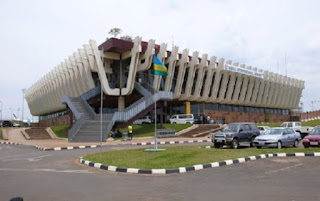 Rwanda Government has began plans to upgrade the airport. The new upgrade will see the airport increase its aircraft parking capacity, arrival terminal and the runway strip.

Managing Director of Rwanda Airports Company (RAC), Firmin Karambizi said “We are expanding the aircraft parking capacity and runway strip to increase the safety in case of unintentional excursion from the runway surface. We are also extending the arrival terminal.”

The arrival terminal will be extended to have an extra passenger processing area, allowing it to fully comply with the International Civil Aviation Organization (ICAO) standards.

Meanwhile, the service road - runway strip will be 3.1 kilometres, while the parking capacity will allow the airport to accommodate 18 aircrafts at ago according to Karambizi.

So far, RAC say over US$30 million has been invested in the upgrade of the airport during the last three years, allowing it to have a new apron, three taxiways, a hangar and an upcoming upgrade of airfield lighting.

These upgrade is aimed at reducing congestion at the check in and arrival areas, expand the departure lounge area, increase VIP comfort, and enhance baggage handling efficiency while promoting its reputation across Africa.