SOUTH AFRICA: Restaurants And Bars Open, But For Take Aways Only 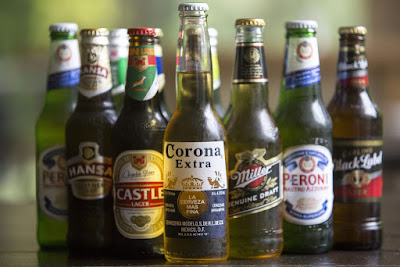 Retailers will be able to sell food, including rotisserie chickens and pies, as well as bread baked in-store in Level 3, from Monday.

Minister of Trade and Industry Ebrahim Patel said in a briefing that hot food will now be allowed in stores, but there must be clear protocols.

Retailers will, for example, have to ensure that not too many people are at the same counter at the same time, Patel said.

In mid-April, retailers including Woolworths, Shoprite and Checkers scrambled to close their hot-food stations after Patel reprimanded them in a briefing. He said they were not supposed to have hot food sections since the start of the national lockdown.

Sit-down meals will still not be allowed in South Africa in Level 3. Meals need to be delivered, or can be collected, also through drive-throughs. But restaurants along with bars, taverns and shebeens can now sell alcohol for deliveries or collection.

Restaurants have demanded an explanation from government on why they should remain shut for eaters while South African places of worship, such as mosques and churches, can reopen during lockdown Level 3 on 1 June.

Alcoholic drinks will go on legal sale again in South Africa on Monday, after 66 days of prohibition.

There will be strict rules about buying booze under Alert Level 3, government ministers announced on Thursday, in a preview of regulations that were published late on Thursday afternoon – but much less strict than originally envisaged.

Bars, taverns, and licensed restaurants will be able to sell booze too, on a takeaway basis, and hours of sale will be much longer than had once been planned.

All online sale of alcoholic drinks will also be allowed from Monday, with distributors allowed to start moving booze around in preparation from Friday.

Previously the transport of alcoholic drinks, even by manufacturers and distributors, had been strictly prohibited.

South Africans have been scrambling to order their booze for delivery from Monday, but with demand overwhelming retailers, those deliveries could take a while to arrive.

Bars and taverns and restaurants will act as bottle stores.

Any place that had a licence to sell alcohol before lockdown whether for off-premises consumption or at the premises will be allowed to sell booze, the draft regulations say.

But there will be no on-premises consumption.

That effectively turns bars, restaurants which had alcohol licences and taverns into liquor stores.

All alcohol must be sold in sealed containers, and must be consumed at home, said trade and industry minister Ebrahim Patel during a briefing on Thursday.

Patel confirmed that taverns, registered shebeens, restaurants and so on are covered under the regulations.

Further rules on how, exactly, they must manage sales, are still to come.

Booze will only be for sale up to Thursday but now also in the afternoon.

The original plan had been to limit booze sales to mornings only, Monday to Wednesday. But that has been extended up to Thursday and until 17:00 every day.

Weekend sales of booze, though, will remain explicitly prohibited.

E-commerce delivery has the same hours.

Online sales of booze are allowed but with e-commerce bundled in with bricks-and-mortar sales, the same limitation on hours apply.

That means your booze delivery will have to be between 09:00 and 17:00 Monday to Thursday, or not at all.

Distributors can start moving booze around from Friday.

The prohibition on any transportation of alcohol drops on Friday, 29 May, though sale becomes legal only on Monday, 1 June. That will give distributors time to get ready for what is expected to be something of a rush.

There will be no legal measures to prevent crowds at liquor stores.

One industry group asked government for regulations to prevent crowding at liquor stores when they reopen, proposing limiting people with certain surnames to certain days.

But government would not institute such measures, Patel said. Instead it will hold the liquor industry accountable for preventing crowds and crowding.

He called on South Africans to maintain physical distancing when they go out to get booze.