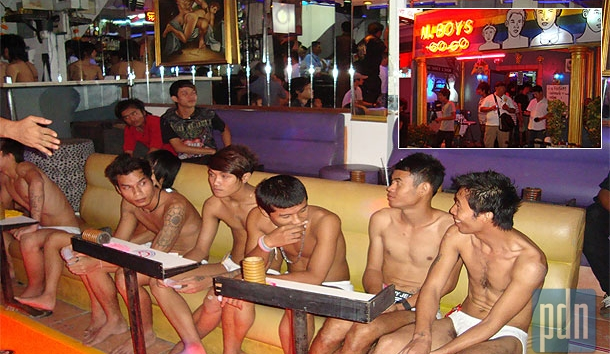 Pattaya, the 24th of July 2010: At approximately 1:00am on Saturday, Colonel Atisawit Kamonrat (Chon-Buri Immigration Superintendent) in cooperation with the Narcotics Control Board conducted a raid at the “Nice Boy Night Club” in Banglamung. The operation was instigated following an anonymous tip-off that the gay bar was providing underage boys for prostitution services and was involved with narcotics supply.

Using an undercover agent of foreign nationality, who infiltrated the bar posing as a customer who required the services of an underage employee. Paying a Bt1,300 baht fee he was taken with the boy to an upstairs service room before police stormed the downstairs bar. Upstairs officers confiscated a large amount of illegal pornography and found evidence to support acts of prostitution services being offered at the premises.
at June 07, 2016