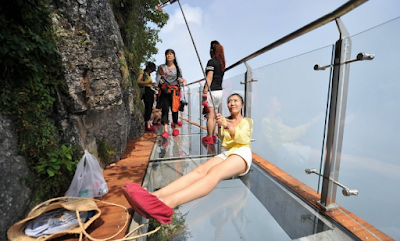 Chinese tourists are difficult to ignore, whether in the news or on holiday. But when you consider that travellers from the Middle Kingdom made 140 million outbound trips in 2018, the fact that they are in your feed and on the ground is, frankly, not that surprising.

However, pundits perturbed by current trade-war tensions, a diplomatic row with Canada and China’s economic slowdown are predicting that tourism will take a hit in the months ahead, meaning that destinations dependent on their biggest spending visitors could feel the pinch unless they diversify their source markets.

Increasingly, Asian holiday hotspots are looking to the region’s other very populous country with a fast growing economy and outbound tourism industry.

Airlines have been adding routes between India and Thailand, while Australia saw record arrivals from both China and the subcontinent in 2017, a trend that is expected to continue.

Indian tourists have a long way to go to catch up with their well-travelled Chinese counterparts, though. According to the most up-to-date statistics available from India’s Ministry of Tourism, a mere 24 million outbound trips were made by its 1.3 billion inhabitants in 2017.

The United Nations World Tourism Organisation estimates that figure will reach 50 million by 2020, driven by a growing and increasingly affluent middle class, but that is only where China was in 2009, when almost 48 million of its citizens made journeys beyond its borders.

Back then, American tourists were still considered the worst in the world, denounced for their rudeness, vulgarity and general obnoxiousness.

In 2013, 15-year-old Ding Jinhao from Nanjing etched his name into Egypt’s ancient Luxor Temple, bringing shame upon his nation and alerting the international media to the virality of stories about misbehaving Chinese, that travellers from China took the undesirable crown.

That year, overseas visits swelled to 98 million, according to the China Outbound Tourism Research Institute, and the reports of improper antics have multiplied as the number of outbound trips has increased.

A number of factors are holding Indian travellers back from becoming the next dominant wave.

India currently has a passport power rank of 69, placing it alongside Sierra Leone and Sao Tome Principe in the Global Passport Index.

Indian citizens can travel visa-free to 25 nations, qualify for visa on arrival in 39 and need to apply for a visa to enter 134. Chinese fare slightly better, at number 60 in the list, with visa-free access to 28 countries, visas available on arrival in 46 and a visa required for 124.

In January 2018, The Economist suggested that India had a hole where its middle class should be. According to the magazine’s research, only 78 million citizens could be considered middle class.

Although that figure has been contested, most convincingly by Indian financial newspaper Mint, which placed 158 million Indians in the middle class, it is significantly lower than China’s 400 million middle-class residents, according to Beijing’s National Bureau of Statistics.

For the time being, destinations from Phuket to Perth will vie to attract visitors from both China and India or Chindia, as Indian politician Jairam Ramesh calls the neighbouring nations that together account for more than one-third of the world’s population, while the title of world’s worst tourists remains uncontested, at least as far as the media is concerned.