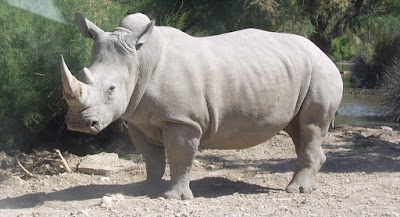 A special intelligence led joint operation was conducted at a Game Reserve near Hoedspruit, composed of various Police Units including the K9 Unit, the Rhino 8 Unit, Anti poaching Unit, the Endangered Species Unit and the Private Security.

The Police were informed that there is a group of rhino poachers who were en route to this Game Reserve for rhino poaching and they waited for their arrival.

Within a short space of time, the alleged poachers arrived and when they were stopped, they did not corporate until they started shooting at these law enforcement teams who in turn retaliated.

During this process, one suspect was fatally shot, the second sustained serious injuries and the third escaped and disappeared in the bushes but he is still being followed.

During the cross fire, no police officer or private security member was injured.

The following items were recovered during this incident, a 458 hunting rifle with a silencer, ten rifle ammunition, and two knives.

The 35 year old suspect from Shabalala Trust near Hazyview in the Mpumalanga Province, will appear before the Hoedspruit Magistrates’ Court on Monday 16 October 2017.