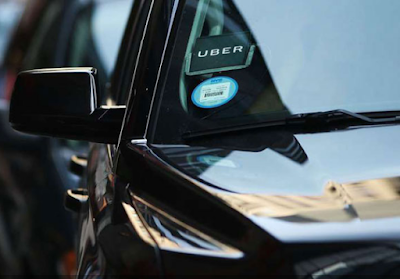 Taxi firm Uber has 363,000 active users in Kenya, according to the latest statistics released by the company to mark its fourth year of operation on the continent.

The statistics by the San-Fransisco-based firm show South Africa as Uber’s biggest market in Africa with 969,000 active riders, while Kenya is second.

The data, released Thursday, also showed that 5,000 and 12,000 Uber drivers are signed up in Kenya and South Africa, respectively.

Kenya remains Uber’s most vibrant market in the region as Uganda and Tanzania have 48,000 and 53,000 active riders, with each country signing-up 1,000 drivers.

The data shows that there are 1.8 million active users of the Uber app in Africa.

We have more than 29,000 driver-partners taking advantage of Uber’s earning opportunities.

Drivers love being as flexible as they like; earning what they want, when they want to supplement their income, said Uber General Manager for Sub-Saharan Africa, Alon Lits.

Commitment to our driver-partners is a key priority; ensuring they receive the latest in technological innovations means they can be at the top of their game, said Mr Lits.

Nairobi has topped Uber for Business (U4B) sign-ups in Africa as more firms take up the service to manage corporate travel online.

The capital also emerged the second-biggest market for the ride hailing company’s business platform after London in the Europe, Middle East and Africa region.

The platform-which first debuted in 2014- was unveiled locally in January 2015 alongside UberX service.

The platform enables corporates to track, manage and get billed for their business travel under a single account.

Out of the 1,200 companies that have so far signed up for the service in Kenya only half remain active for the service also available in South Africa, Uganda, Tanzania, Ghana and Nigeria.

Most companies sign up with U4B because of the reliability, convenience and safety that Uber for Business assures their employees,Uber’s East Africa spokesperson Janet Kemboi said.

San Francisco-based taxi-hailing firm, Uber, has so far made more than 12 million trips locally since launch in January 2015.

Uber said in a statement it had seen an increase in the number of trips after lowering its fare and offering occasional discounted rides.

The ride-hailing app, available in Mombasa, Nairobi and Thika, has also seen the number of partners increase to 6,000.

Globally, Uber has made more than five billion trips in the over 570 cities where it is currently available.

To mark the milestone, the firm announced that it would embark on building a more modern, dynamic, intelligent features for riders and drivers to further grow the platform.

To this effect, Uber on Wednesday officially unveiled an ‘in-app’ chat feature locally to enable riders and drivers to communicate through short message services.

Either party can initiate a chat on the app.

Every great ride starts with the pickup, so we are always thinking about ways to make the pickup experience as frictionless as possible for riders and drivers alike, said Uber general manager for East Africa Loic Amado.

Taxi-hailing app company Uber has now increased its fares, giving in to pressure from their drivers and MPs.

Drivers and MPs have sought higher fares, saying it would benefit thousands of independent contractors and level the playing field for other players.

In Nairobi, it will now cost Sh42 per kilometre, up from Sh35, and the minimum fare has been increased to Sh300, up from the Sh200 previously charged.

The base fare remains at Sh100 and the fee for time spent on the road remains Sh3 per kilometre.

In Mombasa, the price per kilometre is also up to Sh42 while the minimum was increased to Sh200 from Sh150.

The base fare was increased from Sh50 to Sh70.

We have always promised to closely monitor driver-partner’s economics; keeping cognisant of how inflation and fuel prices can affect drivers using our app.

We continue to stand by that promise because Uber succeeds when our partners succeed, the company said in a statement late Wednesday.

That is why today we are raising our prices in Kenya.

We believe driver-partners will earn more as a result of these changes and that riders will continue to enjoy access to a safe, affordable and reliable service, the company said.

Starehe MP Maina Kamanda, the chairman of the parliamentary committee, wanted the company to increase the fare to Sh60 per kilometre and said even Sh45 would be unacceptable.

The company used to charge Sh60 per kilometre when it entered the Kenyan market two years ago.

It would later drop the fare to Sh35 per kilometre, just a day before competitor Little Cabs came into the picture, in what it said was a bid to get more people using the app.

But car owners and the independent contractors who use the app to locate customers ended up complaining that their take-home pay had reduced significantly.

Last month, they submitted a petition to the committee chaired by Mr Kamanda.

Pressure on the company was also increased by the submission of a petition to the same committee by members of the Kenya Taxi Cab Association, who asked the MPs to come up with a way to regulate the sector.

The committee is mulling over the idea, which would face legal questions because Kenya is a free market economy, but base their assertions on the fact that there is already price regulation for fuel.