SOUTH AFRICA: Cocaine Worth R9m Impounded At OR Tambo Airport 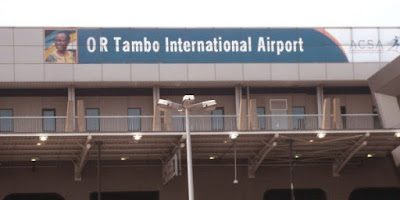 In a statement, SARS said collaboration between customs officials and the South African Police Service led to the arrest of a passenger disembarking from a Sao Paulo flight via Johannesburg in transit to Mozambique.

A scan of the passenger’s luggage revealed irregular images and led to a second inspection which uncovered ten boxes of imitation jewellery.

Ninety wooden sticks were found in the boxes concealing a white substance which tested positively for cocaine.

A total of 24.66kg of cocaine with an estimated street value of R7 094 682 was confiscated and handed to the South African Police Service, said SARS.

In the second incident, customs officials intercepted 6.3kg of cocaine with an estimated street value of R1 812 510 concealed in the base of a passenger’s luggage.

The passenger was also on a Sao Paulo flight travelling via Johannesburg in transit to Mozambique.

SARS said both the passenger and the consignment were handed over to the police for further investigation.

It added that the successful operations are part of the increased joint operations between SARS and the South African Police Service.