UGANDA: South African Airways Cutts Flights To Entebbe From 7 to 6 Per Week, As Monach Airlines Collapses 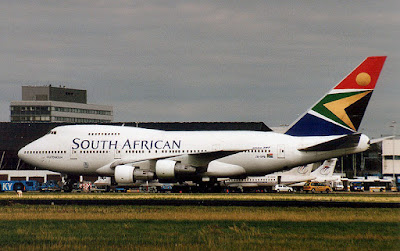 South African Airways (SAA) has cut its flights to Uganda from 7 to 6 flights a week, starting October 29.

There had been speculation that the airline plans to cancel flights to Entebbe.

SAA country manager for Uganda Yogi Birigwa said We are only reducing one frequency, she said.

Contrary to speculation in the media, the Ugandan market remains important to us and SAA will maintain its presence there.

We will adjust capacity to Entebbe from 7 to 6 flights per week, explained Mr Tlali Tlali, the spokesperson, in a statement issued by the airline.

Flight will be on Mondays, Wednesdays, Friday, Saturday and Sunday-two flights.

South African Airways (SAA) owes nearly R7bn in debt and was recently ordered to pay back R1.9bn to Citibank by September 30‚ just two months after receiving a state bailout of R2.3bn to pay back money owed to the Standard Chartered bank.

Flights to Luanda (Angola) will be reduced from 7 to 4 per week and the aircraft type down gauged and Kinshasa (DRC) from 6 to 5 per week.

Flights to Brazzaville, Pointe Noir and Libreville with connections onward to Cotonou and Douala are under review.

The airline is evaluating options to reduce operations or down gauge aircraft type.

Monach Airlines has collapsed as of now leaving more than 100,000 passengers stranded.