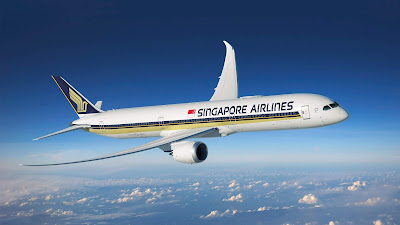 Singapore Airlines (SIA) announced that the Company has raised S$10 billion or 6,3 billion euro of liquidity through its recent Rights Issue, as well as a mix of secured and unsecured credit facilities.

This puts SIA on a steady footing as it tackles the challenges posed by the global Covid-19 outbreak.

SIA secured S$8.8 billion in liquidity through the successful completion of the rights issue on 5 June 2020.

Separately, all existing committed lines of credit that were due to mature during the course of 2020 have been renewed until 2021 or later, thus ensuring continued access to more than S$1.7 billion in liquidity.

During this period of high uncertainty, SIA will continue to explore additional means to shore up liquidity as necessary.

For the period up to July 2021, the Company also retains the option to raise up to a further S$6.2 billion in additional mandatory convertible bonds, which will provide additional liquidity if necessary.

Singapore Airlines Chief Executive Goh Choon Phong said. “We are grateful for the strong support of our shareholders for our successful rights issue, which has secured the company’s future amid an unprecedented global health and economic crisis. We are also grateful to our relationship banks for their support in extending additional secured and unsecured loans, as well as committed lines of credit. SIA will remain steadfast and agile during this period of great uncertainty, and continue to act nimbly in responding to the evolving market conditions.”

Singapore Airlines has become the first passenger flight to return to New Zealand after lockdown.

Flight SQ285 touched down in Auckland this afternoon as the airline resumes services in Auckland and Christchurch.

We're really pleased today to have Singapore Airlines restart their services that are carrying passengers.

They're reinstating the ability of people to fly to and from New Zealand via Singapore.

Mr Tasker says it's significant New Zealanders can now return home on commercial flights from a major international hub like Changi Airport and not have to rely on repatriation flights.

However, the return of international flight doesn't mean the immediate return of tourists.

At this stage, anyone coming into New Zealand must be a New Zealand resident or citizen and still require a 14 day quarantine."

Before the Covid-19 pandemic, Auckland Airport averaged more than 2000 international flights a month, operated by more than 20 airlines.

In the month of June we expected to have about 101 flights operated by 10 airlines, so the volume of flights have reduced significantly, says Mr Tasker.

Singapore Airlines (SIA) is the flag carrier airline of Singapore with its hub at Singapore Changi Airport. The airline is notable for using the Singapore Girl as its central figure in corporate branding.

Singapore Airlines includes many airline-related subsidiaries. SIA Engineering Company handles maintenance, repair, and overhaul (MRO) business across nine countries, with a portfolio of 27 joint ventures, including with Boeing and Rolls-Royce.

Singapore Airlines was the launch customer for the Airbus A380 - the world's largest passenger aircraft - as well as the Boeing 787-10 and the ultra-long-range version of the Airbus A350-900.

It ranks amongst the top 15 carriers worldwide in terms of revenue passenger kilometers, and is ranked tenth in the world for international passengers carried.[6] Singapore Airlines was voted as the Skytrax World's Best Airline Cabin Crew 2019.

The airline also won the second and fourth positions as the World's Best Airlines and World's Cleanest Airlines respectively for 2019.
at June 09, 2020