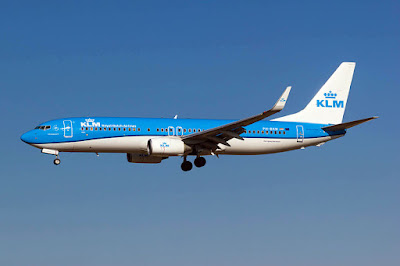 Dutch airline, KLM, is ignoring its legal obligations to stranded passengers and telling them that it is unable to book hotel rooms.

The false assertion is contained in a letter handed to travellers at the airline’s main base, Amsterdam Schiphol, which claims that hotels do not allow KLM to make reservations.

KLM emphasises that: Only individual travellers are allowed to book rooms.

In fact KLM, like any airline, is perfectly capable of booking rooms for stranded travellers. Indeed, it is obliged to do so under European air passengers’ rights rules for passengers who are stuck overnight.

At this stage the airline is obliged to provide them with a flight booking for the following day, a hotel and transport to get there as well as meals until they are due to leave.

Instead, staff handed passengers a bottle of water, a bar of chocolate and a letter containing a series of misleading statements, starting with: “Hotels do not allow us, an airline, to book rooms for our passengers.”

British Airways, easyJet and the Netherlands Board of Tourism have confirmed that there is no restriction on airlines booking hotel rooms around Amsterdam airport.

The letter goes on to say: We are left with no other option but to inform you of ways to book accommodation yourself. It suggests a number of websites, and recommends that passengers unable to find accommodation in the airport area should try Rotterdam, The Hague or Utrecht.

The rail journey to Utrecht late at night takes over an hour and involves a change of trains at Amsterdam Centraal.

Some passengers had no money and were very upset at the idea of spending the night in the airport.

They ended up flying on Aer Lingus from Amsterdam via Dublin to Manchester, where they arrived 22 hours late.

Under European air passengers’ rights rules, they asked for compensation of €250 each. But KLM rejected the claim, saying the cancellation was due to gusty wind from an unfavourable direction.

The passengers say that at the time of the delay they were simply told no cabin crew were available.

KLM insists that it is compliant with our obligations under the passengers’ rights rules.

KLM said that it has contracts with hotels for a certain amount of accommodation: Once the quota of rooms as per contract has been reached, hotels will not accept airline bookings as they require direct payment.

But there is no reason why the airline should not make payments via company credit cards or even cash.

KLM said: In the interest of good customer service, KLM offers its passengers information on ways to book accommodation. This is a genuine effort to be helpful to passengers.

There is nothing wrong with offering travellers choice, but they must always be provided with rooms if they prefer or unable to pay.

Congratulation for the great post. Those who come to read your Information will find lots of helpful and informative tips. Hot Air Balloon Tours