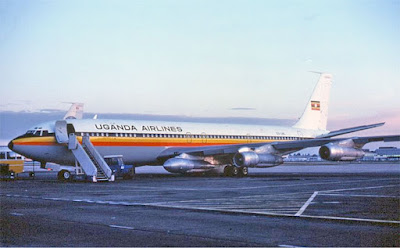 Budget Committee Chairperson Hon. Amos Lugoloobi has told Parliament today that there is no evidence that Uganda Airlines has been registered.

Lugoloobi made the statements today after Minister of Finance Matia Kasaija made a U-turn that the documents submitted on Wednesday showing that the company is owned by him and Minister of Works and Transport Ntege Azuba was done in error.

The documents submitted to Parliament yesterday indicated that the company is owned by Matia Kasaija and Monica Ntege Azuba as individuals and not as ministers.

Kasaija stated that this was an error.

The Committee has now tasked the ministers to submit fresh information and whoever pronounces him/herself on the matter is put on oath.

The ministers are appearing before the Parliamentary Budget Committee seeking supplementary funding to a tune of Shs1.1 trillion of which part of the funds will go towards paying for two aeroplanes.

In 2018 Government ordered for the manufacture of the aeroplanes to a tune of Shs702.8billion for the four CRJ 900 jets from Bombardier, a Canadian manufacturer for regional airliners.

The aeroplanes are ready for delivery and government risks fines in parking and insurance fees if the payment is not made as per the contract.

However, the controversy over the ownership of the national carrier has stalled business after Lira Woman MP Joy Ongom Atim tabled a minority report on Tuesday claiming that the government owns only 0.0001% while 99.9% of the shares are owned by unknown individual(s).

She tabled that two shares each worth Shs100 was allotted to Kasaija and Azuba out of the total 200m shares.