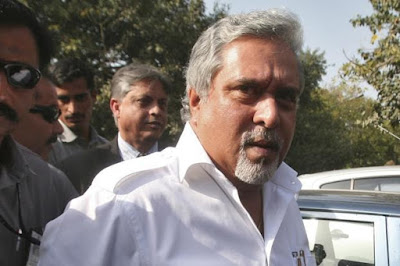 The Enforcement Directorate (ED) on Tuesday registered a fresh case against Vijay Mallya and Kingfisher Airlines Ltd (KFA) to investigate whether they laundered money taken as loans, two ED officials familiar with the development said on condition of anonymity.

The fresh probe is in addition to the Rs.900 crore IDBI Bank loan default case that in already under investigation. In the new case, the agency will probe a loan default of Rs.6,900 crore.

ED’s fresh case against Mallya and Kingfisher Airlines is based on a complaint filed by a State Bank of India-led (SBI-led) consortium with the Central Bureau of Investigation (CBI).

CBI has registered a case against Mallya and the airline he promoted on the basis of the complaint filed by India’s largest public sector lender in the second week of August.

SBI has alleged that Mallya sought to recast his loan repayments without disclosing all pertinent information. SBI, and the 17-lender consortium it leads, say that Kingfisher Airlines owes them Rs.9,000 crore.

“The fresh case will be clubbed together in the PMLA (Prevention of Money Laundering Act) probe against Mallya and others in the Rs.900-crore loan fraud of IDBI Bank,” said one of the ED officials cited above.

The 17 banks had extended a loan of Rs.6,900 crore to the defunct airline after a second round of debt restructuring in 2010. Out of this, SBI, with Rs.1,600 crore, has the largest exposure. The banks recalled the loan in February 2013, but could recover only around Rs.1,100 crore after selling pledged shares of UB Group companies.
at August 25, 2016