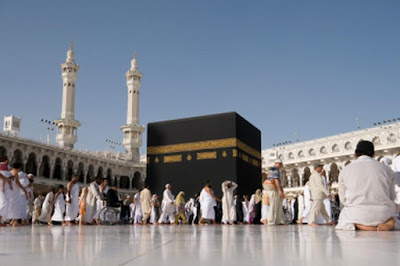 The authorities have banned the entry of people to Makkah except residents of the holy city and those working for services firms, so that pilgrims with Haj permits are able to perform the rituals comfortably.

"The Saudi government has spent billions of riyals on the construction of the Two Holy Mosques in order to facilitate the increased number of pilgrims coming for Umrah and Haj. To control the crowds, the government has to limit the number of people entering Makkah," said a security officer at the Hada to Makkah checkpoint.

He said vehicles are being inspected at various checkpoints, such as Al-Mahamadia, Al-Hada, Akher and Al-Asher. "Only those who have Makkah iqamas can enter the city. If someone works for a company to provide food or other services to pilgrims, they should have the appropriate permits." The officer said that those who want to go to Taif or Riyadh should use the Jeddah-Taif highway (Sail Kabir).

Capt. Ahmed Mohammed Al-Shomrany of the Directorate General of Passports told Arab News that anyone who intends to perform Haj must have a permit. If they are going to Taif or coming back, there is no problem, he said.

Asadullah, a motorist coming from Taif to Jeddah, who tried to take the Al-Hada road, was stopped at the Taif checkpoint and not allowed to enter, even on the Makkah-Taif road.

He said that the officer at the checkpoint told him to go to Jeddah by the Jeddah-Taif highway. "Officers are taking information, fingerprints and a copy of the iqama of those trying to enter Makkah without permit." Another motorist, Zahid Akram, said those who try to enter Makkah are deported. "My uncle tried to enter Makkah without a permit last year, and he was deported when he went to renew his residency permit."

According to the regulations, citizens or expatriates caught transporting people illegally for Haj will be arrested and their vehicles seized. Expatriates trying to enter Makkah without a Haj permit face deportation and a 10-year ban from returning to the Kingdom.