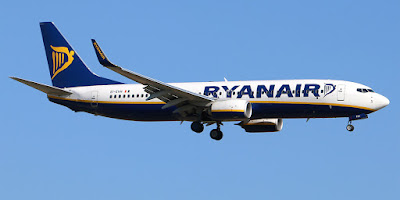 The founder and CEO of Responsible Travel has dismissed claims by Ryanair that it is the greenest airline in Europe.

Ryanair issued figures today claiming it delivers the lowest CO2 per passenger/km in the EU airline industry, thanks to it having the highest passenger load factor (96%) and one of the youngest fleets.

It said its CO2 per pax/km of 67g p.a is substantially lower than its EU competitors said it was committed to reducing this further to under 60g per pax/km by 2030.

It claimed competitors such as Lufthansa, British Airways and Air France KLM currently generate over 120g per pax/km.

But the claims have been dismissed by Justin Francis, founder of Responsible Travel, a travel company which is campaigning for a Green Flying Duty.

Ryanair claims to be the greenest airline are false, said Francis.

In fact it's now the 10th biggest carbon polluting business, of any kind, in Europe.

Ryanair is correct in saying that its CO2 emissions per passenger km is far lower than competitors, however its vast scale and growth outweigh these efficiencies.

It's very interesting to see them comment on anticipated aviation taxes, which is a very hot topic right now. One might applaud their desire to see a consistent and fair scheme or see it as another stalling tactic, and one that will probably fail now that President Macron has advocated an EU wide aviation fuel tax.
UR
We propose a Green Flying Duty, with revenues ring fenced for R&D into electric aviation - something Ryanair should welcome as it will both reduce emissions now reduction in demand and ultimately the cost of running an airline. Good for business, good for the environment.