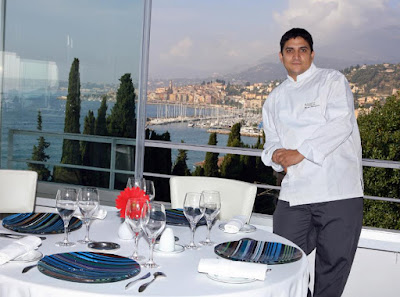 Mirazur is a restaurant in Menton, France rated with three stars by the Michelin Guide.

He opened Mirazur in 2006, aged 29. He was awarded his first Michelin star within a year, followed by the second star in 2012. In 2019, Colagreco became the first chef not born in France to be awarded three stars in the French edition of the Guide Michelin.

In 2014, a second Michelin Star was awarded to Mirazur improving its standing significantly from 28th to 11th, subsequently to 6th in 2016.

In 2019, Mirazur was named "Best restaurant in the world"

The Test Kitchen in Cape Town has been named as the 44th best restaurant in the world by British trade magazine ‘Restaurant’ following an awards ceremony in Singapore that was graded by a panel of experts including chefs, restaurant owners and food critics.

The eatery, situated at The Biscuit Mill in Cape Town’s popular Woodstock district, opened in 2010 and has been collecting national and international food critic awards since then.

Owned by restauranteur Luke Dale-Roberts, the menu is a blend of eclectic South African fusion dishes that see the bookings piling up weeks – and even months – in advance.