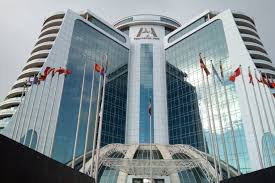 As security agencies in the country investigate the circumstances under which two foreign nationals died in two city hotels last week, more details have emerged of the events leading to the death of one of the men.

The head of the Internal Security Organisation (ISO), Col Frank Bagyenda Kaka, has dismissed as trash allegations that one of the two European men who died in two Kampala hotels last week had come to Uganda on his invitation.

Petteri arrived at Entebbe Airport on February 4 in the company of Suvi Linden, a former Communications minister and a member of the National Coalition Party, the biggest political party in Finland.

The duo then informed security agents at the airport that they had come to on the invitation of Col Frank Kaka Bagyenda, the head of the Internal Security Organisation (ISO).

Sources add that when security agents informed Col Bagyenda of the news by telephone, he said he was not aware of the two visitors.

Sources say that at that moment, two men and one woman arrived at the airport to purportedly pick up the visitors.

However, when the latter then found the two foreign nationals briefly detained at the airport, sources say, they tried to flee but the woman, whose identity has been concealed not to jeopardize investigations, was arrested.

Sources add that the two foreign nationals were then brought to Kampala for further grilling.

However, he was found dead at around 7am the next morning, according to Doreen Komuhangi, the hotel’s Public Relations Officer.

Postmortem done by police could not immediately establish the causes of his death and said they took samples from the bodies for further investigation.

While preliminary investigations say the deceased could have died as a result of inhaling drugs, his colleague Linden said the deceased had never taken drugs.

Sources within security said Petteri was engaged in offering private security services back home in Finland and may have sought to start a similar business in Uganda.

Col Bagyenda refused to divulge details, saying he does not discuss security issues in the media.

However, he said they don’t take the murders lightly as they could tarnish the country’s image abroad. He also added the two foreign nationals could have been victims of fraud.

Sabastian was found dead at midday in his room at Sheraton, hours after being picked by ISO operatives from Entebbe airport.