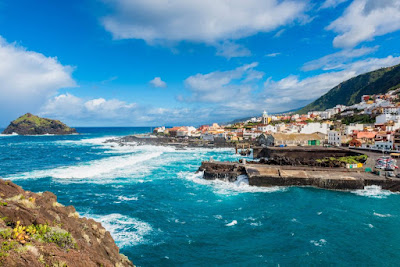 Spanish archipelago, the Canary Islands could be the latest holiday hotspot to introduce a tourist tax and limit its holiday rentals.

The PSOE (Partido Socialista Obrero Espanol), the non-ruling socialist part of the islands has urged the government to impose the tax and restrict the number of holiday homes in a bid to limit over-tourism.

The Canaries, whose seven islands include Tenerife, Lanzarote and Gran Canaria, are known for attracting tourists in their hordes over the years and are said to have welcomed more than 16 million visits in 2017.

It’s said that officials are looking to introduce a system similar to the eco-tax in the Balearics which has been in place since 2016.

The Balearics which include Mallorca and Ibiza is to double their tax during high season in an effort to combat overcrowding.

The taxes are expected to raise up to €120 million in revenues each year.

If the tax in the Balearics is approved, it will be per person per day: €1 for campers and hostels, €2 for cruise passengers, cheaper hotels and apartments, €3 for those staying in mid-range accommodation, and €4 for luxury hotels.

Rates will be reduced during the winter months and under 16s will be exempt.

According to ABC Canarias, Dolores Corujo, a spokesperson for PSOE noted how the proposed tax, similar to the Balearics, could be used in the Canaries to fund environmental projects, promoting sustainable tourism as well as innovation and training.

It’s about the citizens knowing where the money goes, she said.

Tourism is an essential part of the Canary Islands’ industry with tourists seeking sunshine and beaches visiting its archipelago for decades.

It is a leading tourist destination, particularly for British and Irish holidaymakers.