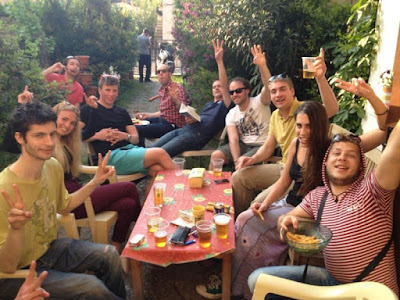 Thessaloniki is now a popular tourism destination for Turkish travelers, as the number of overnight stays from Turkey last year increased by 8 percent and reached 88,531 compared to 2016, according to the Thessaloniki Hotels Association.

The association released the figures following its participation in the 23rd East Mediterranean International Tourism & Travel Exhibition (EMITT) 2018, which took place between January 25-28 in Istanbul.

According to the association’s president Andreas Mandrinos and marketing manager Chrissa Saravelou, the house of Kemal Atatourk is among the most popular landmark sites of Thessaloniki for Turkish tourists.

During the EMITT 2018 expo, Saravelou participated in a number of B2B meetings and held discussions with tour operators from the United Kingdom, India, the United Arab Emirates and the United States.

Referring to the Arab market she underlined that the upcoming direct air connection between Thessaloniki and Dubai as of June this year, is expected to increase the interest of Arab tourists for the northern Greek city.

The association’s representatives also met with officials of Balkan and European countries.

The Thessaloniki Hotels Association participated in the EMITT 2018 as a co-exhibitor of the Central Macedonia Region.